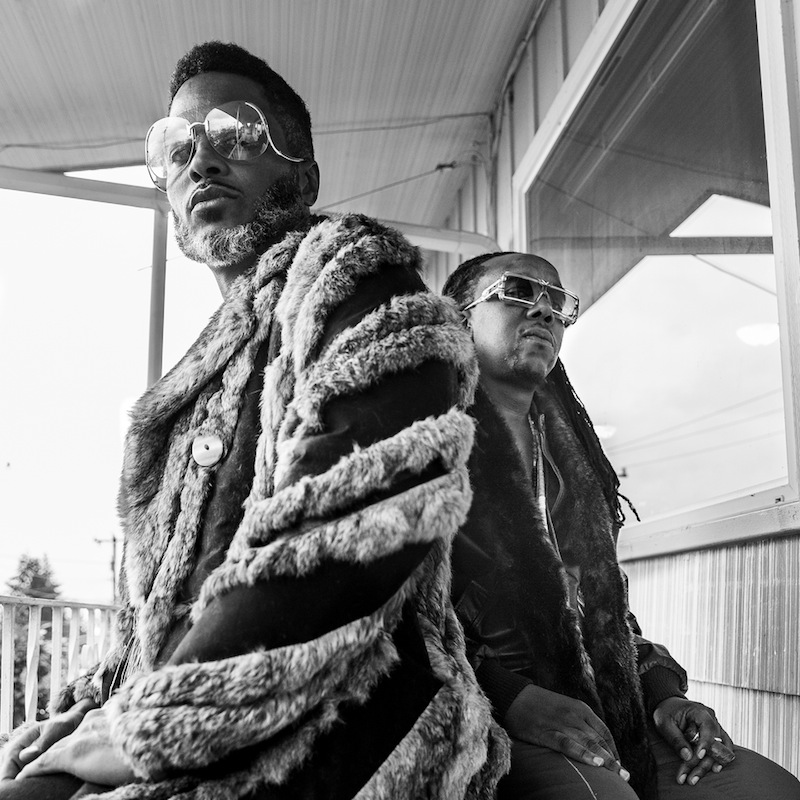 On Friday, July 14, Shabazz Palaces will release two new albums—Quazarz vs. the Jealous Machines and Quazarz: Born on a Gangster Star—via Sub Pop. The Seattle hip-hop surrealists have already released a handful of tracks from the two albums, including “Shine a Light” and “30 Clip Extension.” With a little over a week to go before the two albums are released, NPR First Listen is now streaming them both in their entirety. It’s a good way to get the summer started, even if these space-age conceptual works are not your typical summer albums. But then again, with the heat rising, it’s good to have an escape into an upper stratosphere via alternating minimal and psychedelic beatscapes and surrealist lyrics.