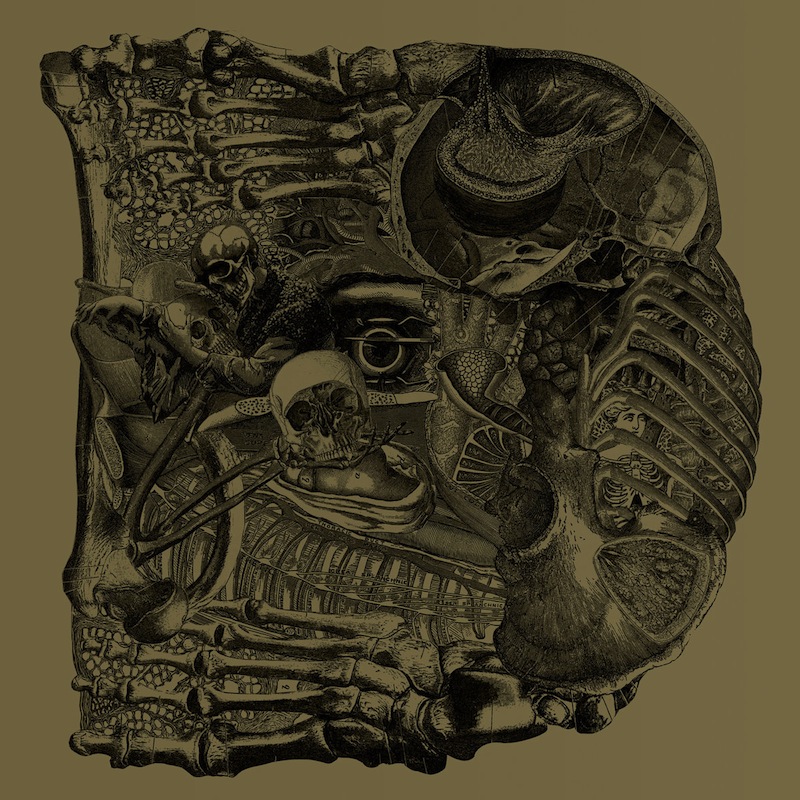 As Japanese avant-metal outfit Boris enter their 25th year, it feels appropriate that they do so with an album that’s more straightforward and dignified in its genre conventions. Dear is a shoegazey, cosmic, sludge-metal weapon of earth shattering power, possessed by the spirit of doom that can hold its own against some of Boris’ heaviest tracks to date. Which is not to say that this is a flawless entry, but as a celebratory bout of concussive chest-thumping, sphincter-clenching sludge metal? It works. It definitely works.

Opening track “D.O.W.N” does a great job of encapsulating the album’s premise, with its abundance of totem-like structures of warped sounds drifting in and out between bouts of extended fuzzy walls of reverb. With this album, Boris is dedicated to an idea. Which is really how Boris has always functioned as a metal outfit—they commit, and the result is almost always impressive. (Not every album can be Pink.)

“Deadsong,” which moves at the same pace, is a mess of howling and snarling whispers from Takeshi and company, muffled only by chaotic tantrums of lingering guitar explosions. It’s doom metal at its finest, with just a hint of odd optimism, warmth and humanity behind the grizzly sonic landscape. As unique as it sounds, the droning here tends to reduce the drama of the track, making it one of the less cathartic moments. Thankfully there’s still plenty of beautiful, exciting dramatic sound. With “Absolutego,” a spirited track with a pop sensibility (for doom, that is), there’s a breakdown that would feel played-out on most albums, but here feels so surprising that it actually works. There’s a brilliant balance between the primary vocals and backup vocals that recalls a lot of earlier dichotomies of Boris’ previous works.

In terms of vocals, it’s nice to have tracks like “Beyond” where Wata’s vocals take center stage. Wata, throughout the track, manages an impressive restraint against the track’s wall of noise. This track pushes back and forth between melancholy gloom with Wata’s singing and brutal bouts of sundering soundscapes of explosive metal. It’s a beautiful mixture that works really well, if not overly constrained at times. It’s not just Wata’s vocals that continuously engage throughout, however, as Takeshi and Atsuo have plenty of time to display some interesting techniques as well. “Kagero,” like so many tracks throughout, tends to linger too much at first, but quickly polishes up with ethereal vocals over waves of cymbal echoes and reverb. It’s perhaps, in the weirdest sense possible, formulaic, especially with the staggered time signature and surprise noise chants that work their way in here.

One of the standout tracks is “Memento Mori,” whose second movement shines. It’s dynamic, enthralling and utterly beautiful at times, teetering between full-throated vocals from the group and the same explosive, lingering power chords of gigantic sizes, but with more nuance, more restraint, cleaner and ultimately more narrow than what it sounds like. It’s effective use of structure and nuance. For an album that does so many things right, however, the closing title track seems a bit of a mystery. Lacking the vigor and intensity of tracks found before, it entertains and embodies a sludge metal aesthetic, which combined with its warbling noise rock layers comes off as an afterthought, something that could have been monstrous but didn’t take shape.

With Dear, it’s commendable to hear an outfit that has elements of drone, harsh noise and shoegaze elements within almost all of their recent albums committing to a seismic, ear-shattering middle finger of a sound. It’s an album that’s meant to be heard as a whole, and as much as it flirts with constructs of warmth and gentler vocals, it’s still Boris on a cosmic warpath, escalating with reverb and neck-breaking, throttling soundscapes. It’s the sort of massive sound that Boris does better than just about anyone.