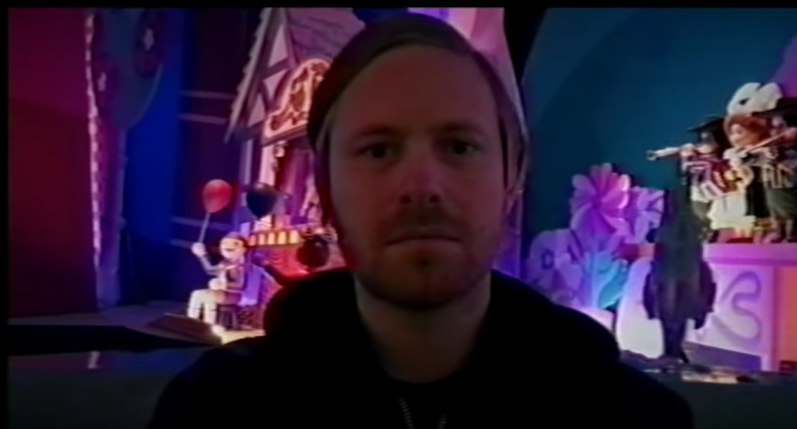 Blanck Mass has just released a new video for “The Rat,” from new album World Eater (Sacred Bones). The clip finds Benjamin John Power on a very familiar-looking amusement park ride, maintaining the same facial expression the whole time. It’s both amusing and slightly unsettling, which is sort of the point, as he says in a statement:

“The video itself is a bit of fun and was filmed on a family vacation, but somehow I feel it represents discontent within a capitalist regime and a world full of sugar-coated shit,” Power says in a press release.

Watch the Blanck Mass “The Rat” video below, and take a look at Blanck Mass’ newly announced fall U.S. tour dates below.