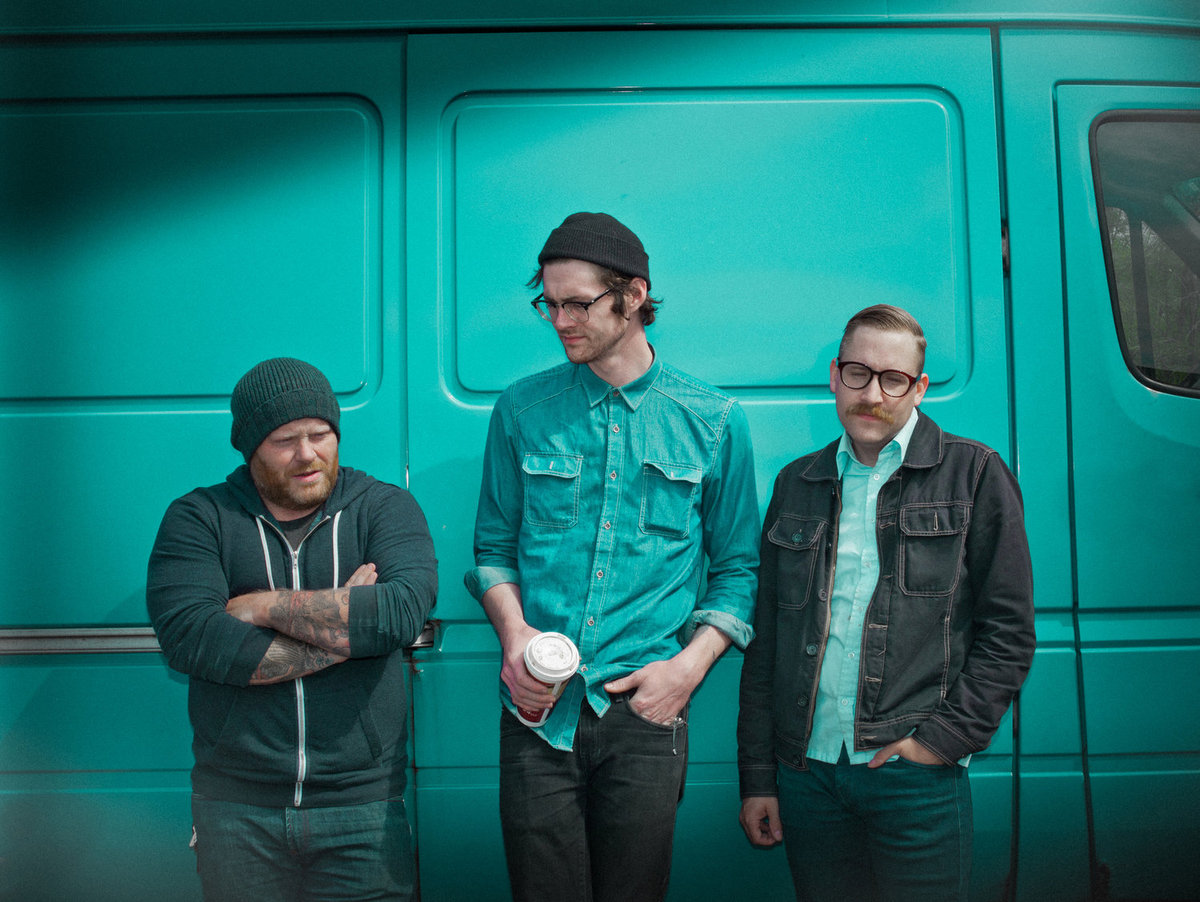 Cloakroom‘s music sometimes feels like it exists in a realm all its own. The sound created by guitarist and vocalist Doyle Martin, bassist Bobby Markos and drummer Brian Busch is heavy—massively so, a deep strand of doom running through their melodic compositions, which tend to move slowly and with a kind of elegant grace. Yet Time Well, their second album, likewise seems to encompass an ever-expanding cosmic sensibility, not unlike that which similarly space-obsessed bands such as Failure and Hum employed more than 20 years ago. It’s a sound founded upon contradictions, yet ones that exist in an unlikely harmony.

“It’s cool that a lot of people from a lot of walks of life can appreciate our music,” says Martin, weighing the intangibility of their specific approach. “But from a marketing standpoint as well, how do you market that? It’s not like we’re riding a niche.”

The complex nature of Cloakroom’s music is what makes it powerful on both a sonic and an emotional level, and their influences sometimes come from the least likely of places: Lo-fi singer/songwriters, sensory deprivation and paranormal apocrypha. It’s because of this that they’ve been able to release music through labels such as Relapse, which specializes in heavier sounds, and the more indie-friendly Run for Cover, as well as perform alongside bands such as the similarly shoegazing Nothing or the triumphantly thunderous Russian Circles. Viewed independently, the pieces that make up Cloakroom don’t all seem like a natural fit, though the end product is uniquely their own.

Martin spoke to Treble about the various elements that went into the sound of their outstanding new album Time Well, from the more intentional aspects to those that wormed their way in subliminally.

Treble: You recorded Time Well in your own rehearsal space in Indiana—did that offer you some more flexibility?

Doyle Martin: Yeah. We wanted to record it ourselves, because that’s a fun thing to do. But it was also out of necessity. We’re doing other things, we’re working. Brian, our drummer, he’s raising his kids, and it was awesome to know that we have this little space, our little bunker to retreat to every hour of the night and pick up where we left off. That just helped us a lot to record, the proximity of it all, rather than drive to Chicago and then drive home at 1 in the morning, or stay there. Our last hour was recored at Tolono, Illinois, which is three hours away, which is nothing to record with Matt Talbot at his studio. But we just didn’t have time to spend two weeks at a studio and eat and sleep there. So we did this instead.

Treble: Working independently, do you encounter “eureka” moments, where you know something is finished? Or is there more of a gradual process of addition and subtraction, trial and error?

DM: Man, I don’t know if I can consider… some of the songs we’re able to take on tour and play before we record them, and I probably play them differently every night. When you sit down in a recording studio, you can say ‘oh that’s an easier way to play that part.’ I can’t speak for drums or bass, but my guitar playing is super amorphous. And I don’t know if that’s lack of skill, but that’s how it works sometimes. The eureka moments are when I play something by the seat of my pants that I can’t recreate again.

I’m a big proponent of a voice memo on the iPhone. It sounds like garbage, but you tweak it and you’re like ‘maybe it’ll sound better if we shut the door…maybe you can throw your jean jacket over it and it’ll sound better’. (Laughs) I really love listening back to voice memos of us and any project that I have because I’ll listen back to it in my car, and you kind of imagine stuff that’s in that gnarly air-conditioning-unit-sounding voice memo, and then when I go to play it, some of the stuff that I imagined shows through.

Treble: Not long ago you recorded a cover of Songs: Ohia’s “Steve Albini’s Blues.” Being a fellow Indiana musician, did Jason Molina’s music have a heavy influence on you?

DM: I love all of Jason Molina’s stuff. And that documentary [Recording Josephine], when they were making Josephine at Electrical Audio. I wiki’d him and downloaded his stuff and listened for years. When I first heard his stuff I was young, and I didn’t like it, because I was listening to At the Gates, or something. ‘What is this shit?’ But his lyrics are amazing. His story adds to this beautiful melancholy legend. But that song in particular, he’s singing about driving to Chicago. And that’s what we do all the damn time. If we want to see a show, or we go there to record. Or if I’m going to a Magic: the Gathering tournament or something. I’m always going on the bridge—the bridge out of Hammond. I’ve been on traffic on that bridge, and it sucks. In my fantasy about him writing that song, I’m imagining him with earbuds in…and I’m doing the exact same thing! But who knows.

Treble: Cloakroom’s music feels detached from any one particular style. It’s heavy but not necessarily metal, and certainly has a lot of other elements to it. Is there some freedom in allowing yourself more movement between realms?

DM: I would like to not exist in any realm. I would like to be a wisp of reality in all realms. My friends from way back when that still play in hardcore bands, I like that they like our music and can appreciate it. A lot of the bands I like are genre hoppers, or whatever you want to call it. I think it’s great that we can fill that void, and it’s not super intentional, it’s just the way that it happens. You can throw ‘Hum-ripoff’ at us all day, and it’s very accurate. I would love to say that we sound like Swervedriver, but I don’t think we sound like Swervedriver.

Treble: I can hear some Swervedriver, definitely.

Treble: So, I understand the title, Time Well, has some supernatural origins?

DM: Well, yeah. I was doing a little light reading on theoretical physics, and I heard this time well, or time hole, thrown around on the dark recesses of the internet. It’s this weird story about these Marines who found Vimana—which is probably where I stumbled upon this from, a high youtube couch session—that’s an ancient spaceship that’s supposedly from Mesopotamia, that area. They found this, but it was preserved in this time bubble so they were stuck in this cave of preserved time.

Our record and our studio, making it ourselves, I thought about it when we were going in there and I punched in the security code, it’s like we were in our own bubble. It’s just like a bubble that was impervious to even the effects of time. And we were throwing it around. We put all this stuff in this room, all this stuff on a record, and we insulated it, and it’s free of malevolent forces of wind or degradation or time that’s gonna cheapen it. We invested all this stuff into it and we can’t get it back. The Marines, when they found this amazing spaceship or interstellar vessel, they were stuck. They can’t tell the world about it.

Treble: I read something you said once about how making music for you is like creating something mystical out of the mundane. Do you find music to be a form of escapism?

DM: I do. I definitely do. It’s therapeutic in a way, too. People that are playing music are stimulating parts of their brains that may even be dormant. But as far as mundanity is concerned, take our band’s name. I tell people that have never been to Europe what a cloakroom is. It’s like a wizard closet, you know! But in reality it’s just a closet.

But it looks good in Old English, I tell you.