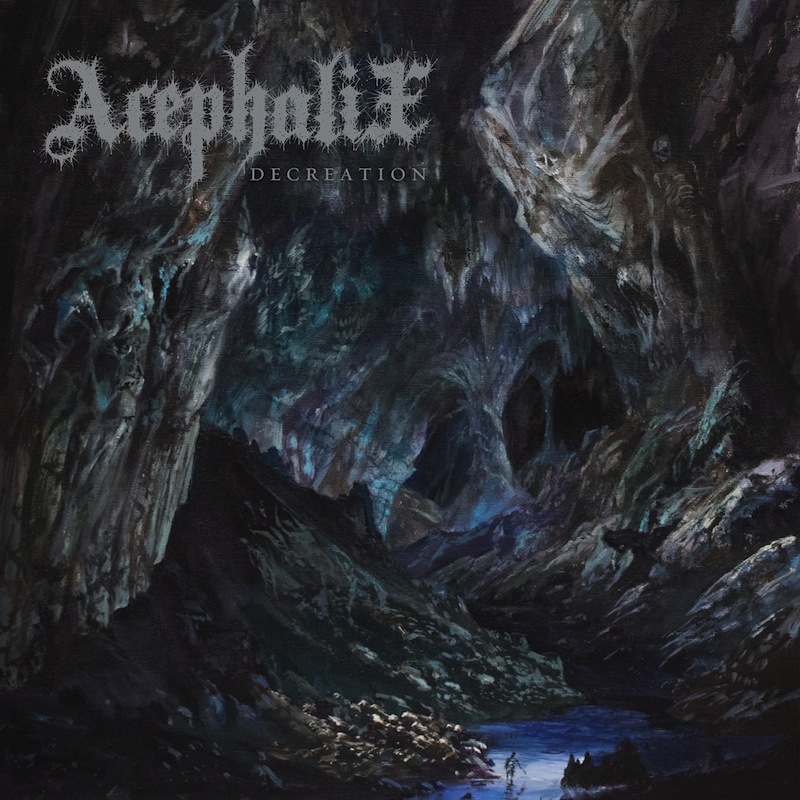 Death metal bands tend to have an unusual longevity. Over the course of two or three decades, a death metal band’s lineup, sound and aesthetic can change dramatically, and certainly many have taken an extended break before making a ceremonious return (see: At the Gates, Carcass). Yet looking at just this year’s releases—with new offerings from the likes of Immolation, Incantation, Suffocation and Obituary—reveals the kind of funny irony of death metal being the domain of lifers. In turn, this makes Bay Area bruisers Acephalix‘s 10 years together (with a prolongued gap, admittedly) seem somewhat less impressive, though the combined efforts of the group’s four members adds up to a lifetime of filth and crust. Still, a decade for one band is nothing to scoff at, particularly when it yields albums as raw and as heavy as their third album, Decreation.

In the five years since 2012’s Deathless Master, the members of Acephalix have kept themselves busy with a number of equally outstanding death metal projects, including Vastum (which features two members of the band) as well as Necrot, whose Blood Offerings is one of the year’s strongest metal albums. With Decreation, the return to the mother ship finds the group roaring at full strength, balancing a crust-laden old school style of death metal with hardcore ferocity and some intense melodic elements. It’s old-school death metal’s ethos injected into a modern approach, and it’s a highly potent blend.

“Upon This Altar” is just about everything anyone would want in a death metal opening track, its onslaught of power chords a herald for the six-minute ride deep into Acephalix’s dark, dank crypt. It’s a monster of a song, an epic journey through shifting tempos, tremolo riffs and chunky power chords, slow-motion doom and thrashy breakdowns. “Suffer (Life in Fragments)” gallops its way toward oblivion with some truly torturous buzzsaw guitar licks, while “God Is Laughing” puts good use to double-bass-pedal rhythmic thump in the service of one of the group’s most punishing death marches.

Much of Decreation’s aesthetics will probably already be familiar to longtime death metal listeners, from Daniel Butler’s unholy growls to Kyle House’s filth-encrusted guitars. Yet while Acephalix doesn’t necessarily break the rules of death metal or challenge its very tenets and aesthetics, they write excellent songs that nod to the genre’s late ’80s and early ’90s roots, polishing it up with a fine hue of soot and blood. It’s classic death metal made new again, which is a strong case for Acephalix continuing to keep up this malevolent sound for another 10 years.