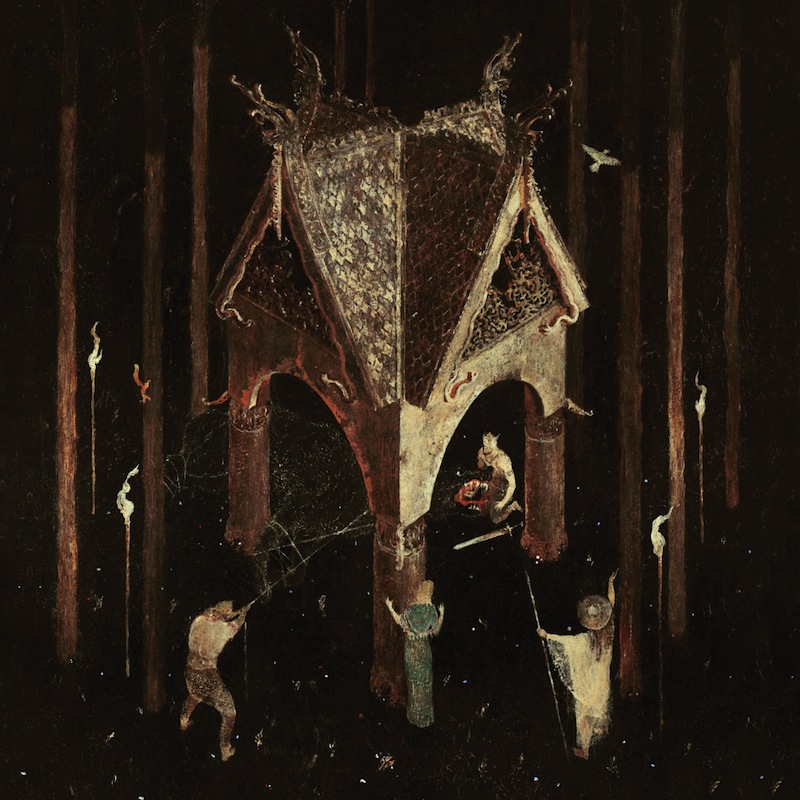 Throughout their history, Wolves in the Throne Room have cultivated a sort of mythic profundity. They’re undoubtedly some of the most talented artists within the sphere of American metal, yet they’re also some of the most mysterious, having created an atmospheric sound that balances intensity with ambiance and grace. And for a time they stepped away from black metal, delivering an album’s worth of ambient compositions on 2014’s Celestite. Within their sixth studio album, they’re back to black metal, however, and they’ve conveyed a foreboding and intense exploration of both their past and present.

“Born from the Serpent’s Eye” opens the album with an apocalyptic tone, woven from layers of icy gloom that intonate with its progression a primal fury bubbling beneath the surface. This is a perfectly structured traditional Wolves track that employs analogue warmth to construct black metal that sounds vintage in origin. Driven by a forceful and incendiary tirade of ballistic guitar waves and blast beats with guttural growling, it’s antiquated in structure, yet deeply intimate. It’s a literal epic, progressing in distinct movements, each devoted to increasing intensity until collapsing under a gentle twinkling silence, anointed by Swedish vocalist Anna von Hausswolff. Just because the calm is expectedly torn apart doesn’t make it any less impactful when it actually happens.

The album features another noteworthy guest appearance on “The Old Ones Are With Us,”  the voice of Neurosis’ Steve Von Till guiding the intense doom track. And it certainly delivers. For what could easily be dismissed with its post-rock gazing, it subverts the listener’s expectation as a brutal doom track that is divided by lovely bookmarks of spoken word chants and abyssal depths of grimy and gritty soundscapes.

Thrice Woven is a delineation of the band’s prior efforts in terms of scope, scale, and implementation. It’s drastically removed from the droning Celestite, but its fixation on duration of sounds and the space between is still felt here, particularly on the composition of “Angrboda.” Though it’s beholden to genre trademarks, it experiments enough with buzzing and crackling durations of ambience and overdubbed instrumentation that adds a layer of digital harshness that works masterfully. There’s a great deal more emotive playing here—anxiety, mania and crushing depressive fits that build into cascading harmonies. However it’s the ending, coming in after a submerged fusion of desolate angst, that revels in funereal plodding that feels utterly intense.

“Mother Owl, Father Ocean” is an ambient transition that helps bring the album to its closer through a hauntingly beautiful and serene atmosphere. The closing track “Fires Roar in the Palace of the Moon” is a suitable closer, reveling in layered friction and explosive fury. There is an anger, a genuine rage beneath the surface that feels like a call to a sort of primitivism, and never has Nathan Weaver sounded so possessed or driven in his performance.

For all of the mythical posturing however, there is a certain component or exploratory aspect that made Wolves in the Throne Room’s prior efforts so intense and multi-dimensional. It’s easy to cry out that it’s “derivative” when in fact it’s not, just procedural to an extent. Thrice Woven finds them just as much willing to hone those templates of sound into something that borders on otherworldly at points. It’s also refreshingly honest in its rawness and bleakness, and that genuine aspect is a force that kindles the album into being far above its peers. 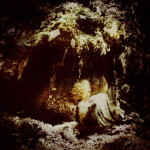