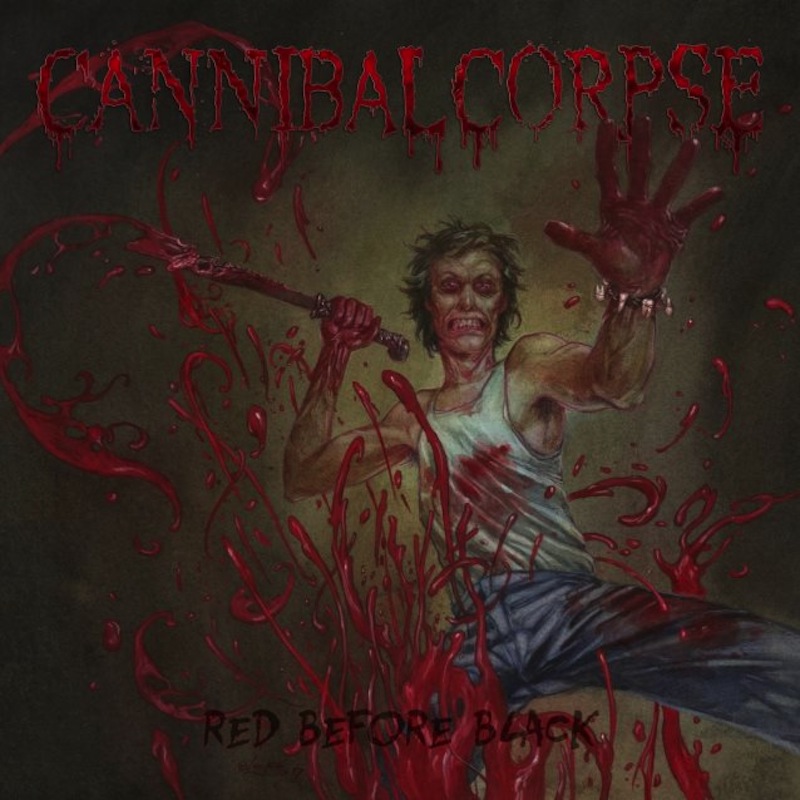 A Cannibal Corpse album is essentially the audio equivalent to a horror movie. And in metal, much like with movies, brutality only goes so far. There is a balance that must be reached—Cannibal Corpse has a legacy to uphold, but I still care about nitpicky things like, I don’t know, songwriting? Still, though gore isn’t everything, I am leery of the toned-down, one-dimensional cover art on Red Before Black featuring a guy slinging a bloody knife. While that might be edgy for Young and in the Way, this is Cannibal Corpse, who have sold as many t-shirts as albums. It is almost a rite of passage for metalhead teens to tell their principal to fuck off for giving them shit about their Tomb of the Mutilated shirt. That outside mentality is what metal is all about. Sure, you’ll get detention for a week, but you are too busy getting stoned and listening to metal to care.

Fourteen albums in, I don’t expect any surprises from Cannibal Corpse. They have definitely become much more polished over the years, and while I prefer Chris Barnes, I have accepted Corpsegrinder as their singer by now. Maybe my ears were playing tricks on me It might but it doesn’t sound like Corpsegrinder’s vocals are as low and guttural as previous releases. He is at more of a mid-ranged bark with certain words accented by a growl. This album feels more frantic than the others, though this also might be a case of the guitars being more polished. The vocals are not the only thing that doesn’t sound like it carries the same weight of the low end. The guitar tones from previous album A Skeletal Domain had a meaner, more ballsy tone, whereas this has more of a thrash feel.

When the chords slow down on the intro to “Code of the Slashers,” things get heavier. This is the sound I prefer from the band, as Cannibal Corpse doesn’t sound great at ultra-fast speeds—they’re simply rushing to the end. Toward the end of the song when Corpsegrinder growls about ending “your fucking life,” they lock into a really powerful chug. By the time “Shedding My Human Skin” arrives, it’s evident that lyrically the songs are not as graphic as they have once been—after four songs, not one reference to any sexual mutilations. The album artwork also reflects this, as it just depicts the blood splatter of someone slinging a knife. Could Cannibal Corpse, after all this time, be going soft?

The band comes with a renewed rage on “Firestorm Vengeance,” proclaiming  “no mercy for the merciless,” but the more intricate guitar work takes away the sense of danger. Meanwhile, they demonstrate the kind of single-minded aggression death metal is known for on “Heads Shoveled Off.” Corpsegrinder’s tone might not be as brutal, but the lyrics are easier to make out on this album. Bassist Alex Webster claims this album has a rawness that goes beyond what they’ve done on past records, but it sounds like the noise gates and compression are dialed up, giving a more midrange feel when we need low-end rattling your fucking skull.

To Cannibal Corpse’s credit, this is not a plea for radio play or selling out by any means. “Scavenger Consuming Death” does grind into the riff on the chorus, creating a more engaging listen than just trying to blast into oblivion. “In the Midst of Ruin” is one of the stronger songs, and even the faster portions of this song work with what they are doing because there are more shifts in dynamics.

It seems fitting to compare Red Before Black to the second season of the Netflix series Slasher. Like in the show, we are getting cut-and-dry violence with none of the depravity that gives it personality. Just street clothes and obscured faces with a chainsaw gives no insight or intrigue in the way that serial killers with passion for their rituals might. This is what Cannibal Corpse once had—not “here’s the knife, start hacking.” Their old lyrics had more grit and conviction, whereas this is just murder by numbers. It’s performed and produced well enough, showing the kids on a surface level how it’s done, but when you’re the band that set the standard, Red Before Black simply isn’t enough. 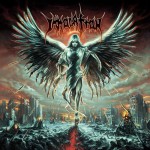 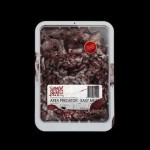 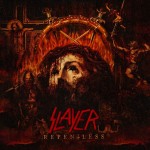