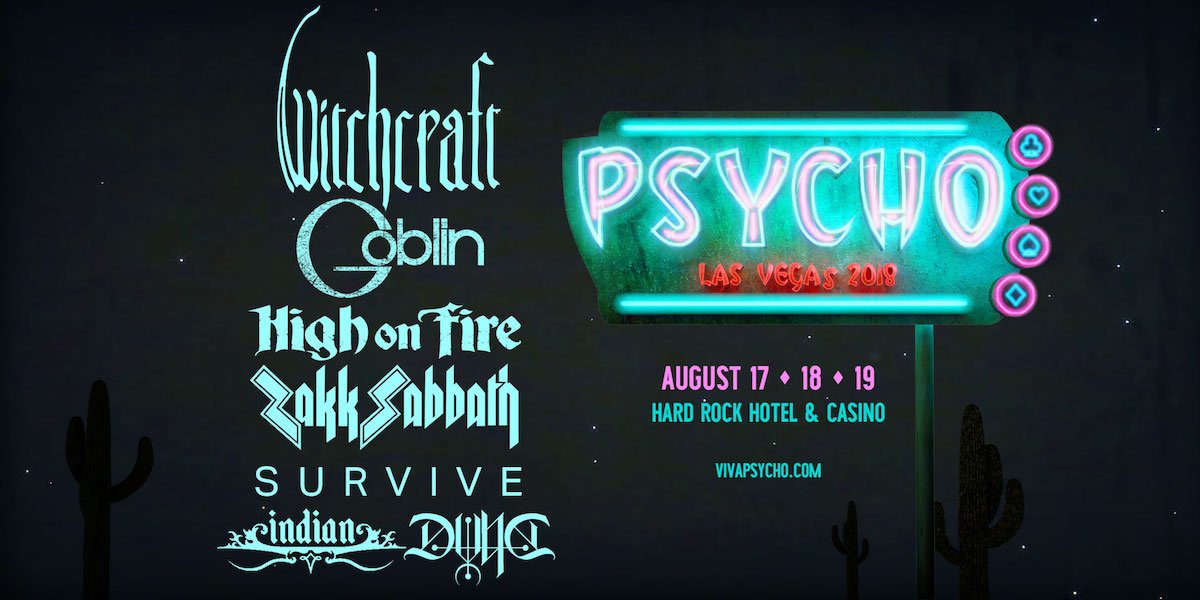 Psycho Las Vegas is happening again in 2018 at the Hard Rock Hotel and Casino, Aug. 17-19. The full lineup for the festival will feature more than 70 acts, and today, a small portion of those bands has been announced. The Psycho Las Vegas 2018 lineup features High on Fire, Goblin, Witchcraft, Zakk Sabbath, Indian, S U R V I V E and Dvne. That’s just a small tease of what’s to come, though they’ve routinely had some great, heavy headliners, such as this year’s MVPs, King Diamond and Mastodon. (But at least we know that Psycho will once again feature Matt Pike—as it should be.)

More acts will be announced in the coming months, and tickets are on sale Friday at 10 a.m. Pacific. There will also be limited access to pre-party tickets.

Read our coverage of Psycho Las Vegas 2017, and take a look at our photo gallery.