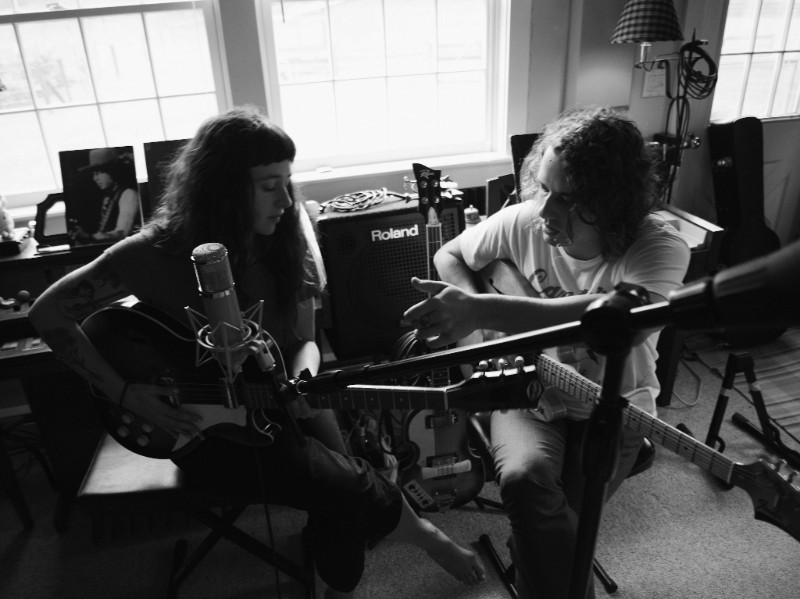 Kevin Morby and Waxahatchee have partnered up to cover two Jason Molina tracks. The two artists are releasing a digital seven-inch featuring two tracks from Molina’s catalog: Songs:Ohia’s “Farewell Transmission” from 2003’s Magnolia Electric Co., and Magnolia Electric Co.’s “The Dark Don’t Hide It,” from 2005’s What Comes After the Blues. The single benefits MusiCares, which provides health, medical and emergency assistance for musicians in times of need.

Morby released a statement about the covers:

My love for Jason Molina began only a few years ago. I had overlooked him for years, too overwhelmed by his many monikers and sprawling catalogue. Then on a European tour in 2016 our driver put on Magnolia Electric Company and my mind was blown – and so began my obsession with the man and his music. A few months after hearing him I was on tour with Waxahatchee where Katie and I bonded over our mutual love for Molina, and we got the idea to record two of our favorite Songs.

Listen to the two covers below, and purchase them here. Kevin Morby’s most recent album is City Music. Waxahatchee’s newest album is Out in the Storm.