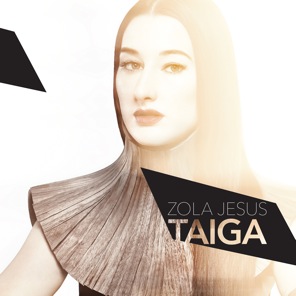 On Oct. 7, Zola Jesus will release Taiga, her new album and follow up to 2011’s Conatus, via Mute. She also has a big tour planned for this fall in both North America and Europe, so fans should have ample opportunity to see her perform. Especially in Europe. Check out the tour dates below, as well as a tour trailer. Also, the image above is the album’s official cover art.