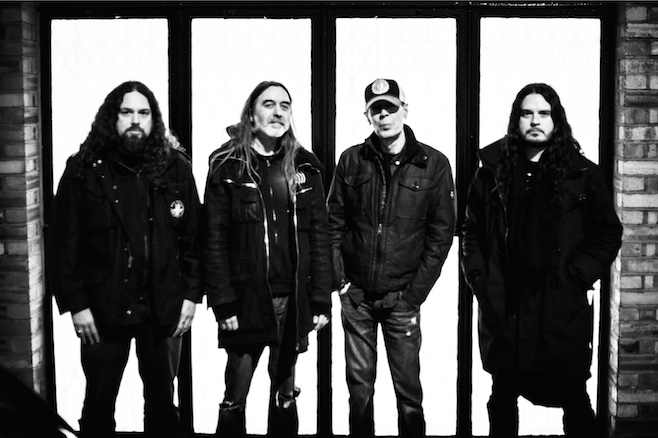 Scott Walker and SunnO))) earlier this month announced that they would be collaborating on an album together this year, and today, the details of those albums have been revealed. The new full-length will be titled Soused, and it’ll be released Sept. 23 via 4AD (a day earlier in Europe). The two have apparently been in talks to work together since 2009, when SunnO))) asked Walker to record vocals for their amazing album Monoliths and Dimensions. Walker declined, according to a press release, but approached the band a few years later with an idea for a new collaboration.

Walker’s most recent album is Bish Bosch. SunnO)))’s Black One appears on the list of our 100 Favorite Metal Albums.