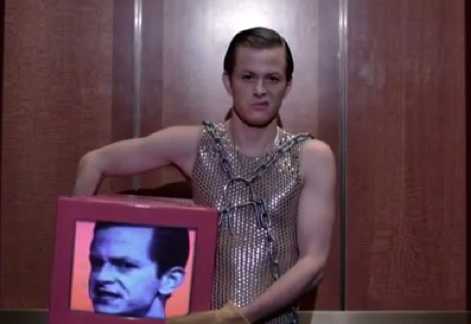 Perfume Genius is no stranger to provocative videos, and the clip for “Queen,” off upcoming album Too Bright, is another visually stunning piece that handles pretty weighty topics in a beautiful way. Singer/songwriter Mike Hadreas is at the center of the video, portraying a male prostitute who is taken to a factory by a woman in a convertible, where he walks into an elevator full of pigs and later smashes TVs. The video then gets into some bigger issues of sexual and gender identity, propositioning a one-legged Elvis impersonator, one-percenter privilege, and eventually suicide. It’s intense. Watch it below.

Too Bright is out Sept. 23 via Matador.