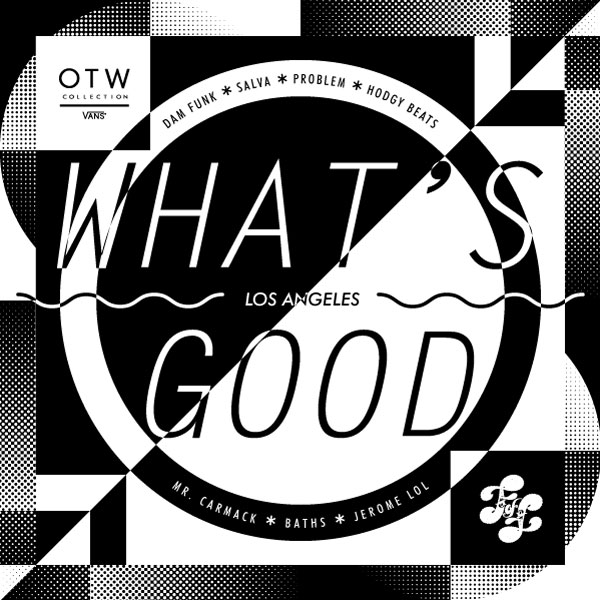 Los Angeles label Friends of Friends has collaborated with Vans OTW for a new EP titled What’s Good Los Angeles? The five-track release features new songs from Dâm-Funk, Hodgy Beats, Jerome LOL, Problem, and Salva, as well as Will Wiesenfeld, a.k.a. Baths, who has just shared his new contribution to the compilation. The track is called “Disorderly” and you can listen to it below.

What’s Good Los Angeles? will be released as a free download on Oct. 8 on Vans’ website. Check out the tracklist below.