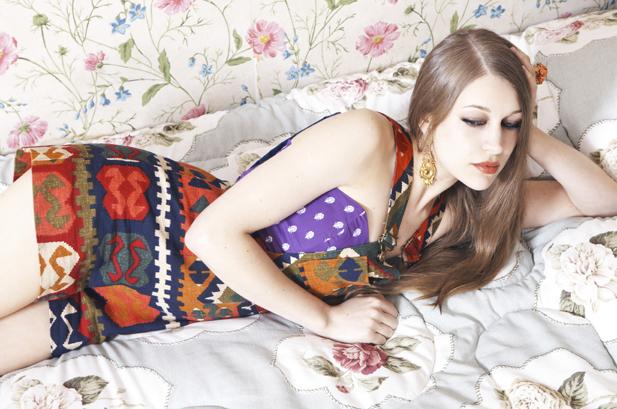 It’s been a few years since Joanna Newsom last released an album — 2010’s triple-album Have One on Me, for those keeping track — but it’s not like she hasn’t been busy. In fact, she’ll be starring in Inherent Vice, the new Paul Thomas Anderson-directed film based on the novel by Thomas Pynchon. Newsom’s character in the film is Sortilège, an “earth-goddess-like” character who acts as the narrator for the film. Hmmm… Newsom as an “earth goddess.” Yeah, we can see it.

Inherent Vice — which is set in the 1970s and is described as a “stoner detective film” by the New York Times — is also stars Joaquin Phoenix, who plays a Southern California detective who investigates a conspiracy, plus Benicio Del Toro, Owen Wilson, Reese Witherspoon, Josh Brolin, Martin Short and Jena Malone. The film debuts Oct. 4 at the New York Film Festival, which runs from today to Oct. 12.