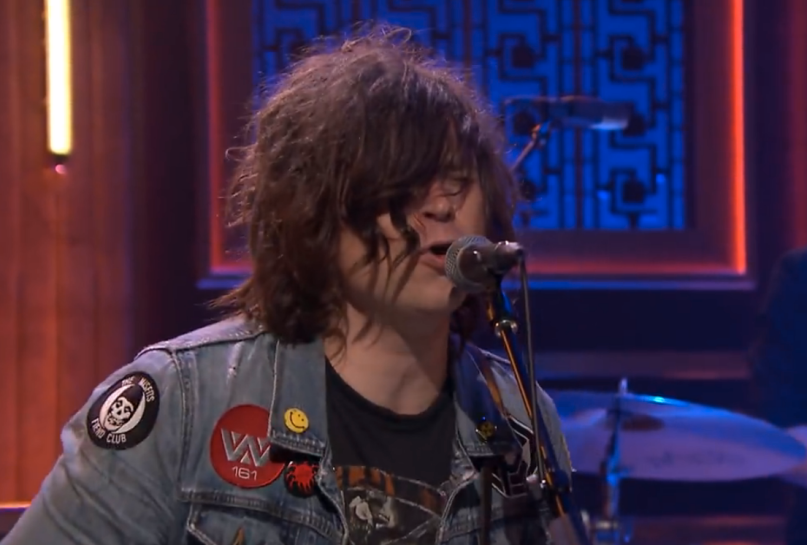 If you were watching The Tonight Show Starring Jimmy Fallon last night, you might have expected Taylor Swift to play a song or two, since she was his guest. But Fallon brought another singer/songwriter aboard for a rocking performance — Ryan Adams. Adams performed new song “Gimme Something Good,” which is the first single from his upcoming self-titled 14th album — out September 9 via Pax Am.