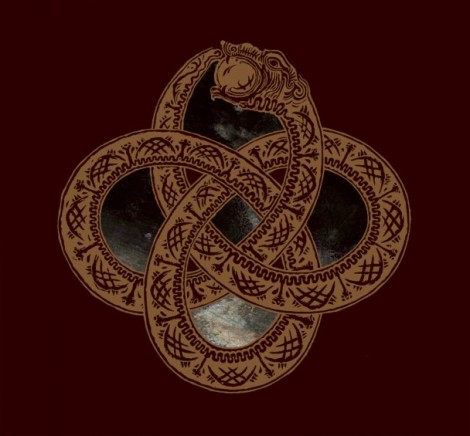 There’s an old cliché about how artists never become famous until after they die. That’s an exaggeration, of course, but at the center of it, there’s an undeniable truth: Canonization happens slowly. In some cases, it’s a matter of protocol: The Rock ‘n’ Roll Hall of Fame doesn’t allow the nomination of an inductee until 25 years after the release of its first album. Sometimes it’s a matter of caution: Even a casual observation reveals that Pitchfork’s been a lot more conservative handing out perfect 10s than it used to. And it’s easy to sympathize with the rationalization behind keeping hype-propelled works at arms’ length — whether it’s faulty reasoning or not, we’re compelled to judge music, and art in general, on the most complicated and subjective test possible: How it sounds to us after the novelty has worn off.

This applies in metal just as often as it does in any other genre, though there are a few notable exceptions. Acclaim and respect is earned by those who have the ambition to go beyond the riffs and the rhythm, and a small elite group of bands have reaped those accolades by transcending genre. One is Sweden’s Opeth, whose blend of death metal heaviness and prog-rock scope found them an audience that expands well beyond diehard metalheads, but treated with reverence among those who are. And another is Portland’s Agalloch, who — in a manner of speaking — do with black metal something similar to what Opeth does with death metal. Their sound is expansive and graceful, massive yet intimate. Agalloch doesn’t do things halfway, nor do they hold much back.

It’s easy to hear in albums like 2006’s epic Ashes Against the Grain or 2010’s intense Marrow of the Spirit just how powerful a vision Agalloch has presented over the years. And their latest, The Serpent & The Sphere, can be seen as a summation of everything that came before it. There are the passages of effects-laden post-rock guitar, the sprawling build-ups from hushed ballad into searing storm of black metal, the mighty power-chord climaxes, and vocalist John Haughm’s nimble transitions from whisper to monastic chant to inhuman growl. All that Agalloch is capable of is present here.

The Serpent & The Sphere is more about refinement than of introducing radically new ideas. Its sound is one that could have only been crafted by Agalloch, and yet whatever familiarity they present here is outweighed by the sheer power of the songs themselves. “Celestial Effigy” is the closest thing that passes for a single, which is a fairly unusual phenomenon for this band, video for “Not Unlike the Waves” notwithstanding. Its waltzing shuffle swings and sways, ascending into an atmospheric yet accessible verse, roaring power-chord chorus, and blast-beat breakdown. It’s easily matched by the gothic shimmer of “Dark Matter Gods,” which moves more slowly albeit more ominously. Haughm delivers his sinister whisper as a lead-in to some of the most heroic sounds the band has ever recorded — and, for that matter, best.

On tracks like “Celestial Effigy” and “The Astral Dialogue,” Agalloch compress their mighty sound into some of their shortest and most easily digestible tracks to date. Five minutes is still the absolute minimum, so they’re not going metalcore or anything, but Agalloch have more or less perfected their process of compressing their epic approach. But they’re also still plenty comfortable stretching out and taking their time when the mood strikes them, as best displayed on the soaring, 12-minute “Plateau of the Ages.” It’s a panoramic snapshot of the herculean feats that propelled Agalloch to Olympus in the first place; The Serpent & The Sphere is an album-length reminder of why they’ve never left.

Stream the new Agalloch album, The Serpent & The Sphere