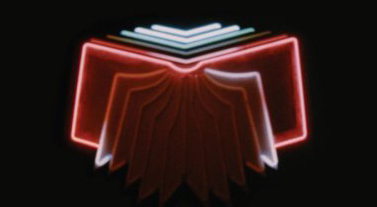 It’s only been a little more than a month since the last Album of the Week mix was posted on Treble, but somehow, the past six weeks bombarded us with awesome and hugely epic, and therefore lengthy songs. In fact, if this were a mix tape, it’d probably cut off in mid-song. It’s a good thing there aren’t any time constraints on digital playlists. Right smack in the middle of this one lies a 13-minute Explosions in the Sky track, probably the longest single track to make it onto an Album of the Week mix. Jesu, The Besnard Lakes, LCD Soundsystem and The Arcade Fire all weigh in with some mighty songs of their own. Yet a series of shorter, bite-sized pop songs keeps the mix stitched together, altogether maintaining an eclectic flow. As a fitting summary for the first quarter of 2007 (minus a few songs), it’s a good indicator of how amazingly the year in music has treated us thus far.

The Apples in Stereo “7 Stars” Stream
From New Magnetic Wonder

Loney, Dear “I Am John” MP3
From Loney, Noir

The Arcade Fire “No Cars Go”
From Neon Bible

LCD Soundsystem “Someone Great” Stream
From Sound of Silver

Papercuts “Unavailable”
From Can’t Go Back