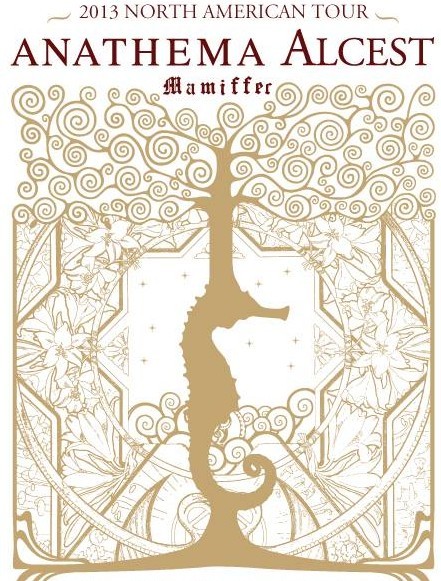 French metal/shoegaze band Alcest is returning to North America in 2013, after having last made a visit here following the release of 2012’s Les Voyages de L’Âme. The band is co-headlining with UK alt-doom band Anathema, and Aaron Turner’s Mammifer is opening. In a Facebook post, Alcest frontman Niege said it will be an opportunity to play some new material. The band has been working on a new album this year, some (or all?) of which was recorded in Sigur Rós’ studio in Iceland.