We’ve gotten used to hearing stripped down versions of songs we know and love by now, streamed from the homes of artists who haven’t had the luxury of being able to perform them in front of people. Under ordinary circumstances it can be pretty neat—the real joy of live music is in the unpredictable, transformative aspect of a song when it’s recreated every night. Now it’s a necessity; we watch intimate bedroom performances through phone and computer screens to protect each other’s immune systems, and for now that’ll have to do—no matter how much we long for the humid air of a dive bar or the embrace of a friend. Some artists just happen to adapt better to it than others. In June and July, Angel Olsen played a pair of streaming live shows in Asheville venues, revisiting the haunting space of her songs on earlier albums Half Way Home and Burn Your Fire For No Witness, providing a reminder that she thrives in just such an environment. The strings, synths and other expansive accompaniment that have defined her last couple of records enhance an already great thing, but it’s the simple melody beneath the big production that makes her songs unforgettable.

Whole New Mess, a companion album to last year’s All Mirrors that features nine of its 11 songs in dramatically stripped-down form, finds Olsen revisiting the one-woman-with-a-guitar approach that’s defined some of her best songs, like “Unfucktheworld” and “White Fire.” Its arrival in a time of uncomfortable insularity is coincidental—Whole New Mess‘ release was planned well before All Mirrors was even released, intended to reveal different sides of the same songs. Olsen, a self-described “introvert,” has suggested that All Mirrors is Angel Olsen as a concept, a product—it’s the version of herself that she puts out into the world through photo shoots, videos and stage production. Whole New Mess, by contrast, is a glimpse at who she really is.

Recorded at Phil Elverum’s studio, the UNKNOWN—a converted church in Anacortes, Washington—Whole New Mess separates Olsen from her string section and backing musicians, giving her guitar and voice the space to echo through the choir and vaults. It’s strikingly intimate, even when the size of the space she’s in sounds immense. These songs breathe—they drift and disperse like apparitions. And in spite of their familiarity, most of the tracks having been released in more elaborate forms a little under a year ago, these songs feel entirely new. The simple strums of “(We Are All Mirrors)” underscore a more immediate and emotionally direct vocal performance, whereas the Morricone rock on “(Summer Song)” is hushed to a gentle, eerie dirge. And though “Lark Song” is one of the few songs that retains the length of its counterpart, its minimalism remains its greatest asset, the slightest shift in volume and intensity providing an even more bombastic climax, no strings necessary.

The two entirely new songs on Whole New Mess are highlights free of any existing context. The title track and “Waving, Smiling” might very well sound great when blown up to cinematic proportions, but they feel more specifically engineered for this kind of small-scale approach. The less-is-more progression of the former is reminiscent of Jason Molina’s starkest songs, as Olsen narrates an internal monologue about the personal compromises made for the sake of sharing something creative (“When it all fades to black, I’ll be gettin’ back on track/ Back to my own head, cleared out, ’til the time comes“). There’s a similar sense of personal sacrifice and self-examination in “Waving, Smiling,” with a determination to find some sense of hope as love fades into a pleasant memory. Through each—and indeed on the All Mirrors tracks as well—a recurrent theme emerges, one where the question of how much you’re willing to give up for the thing you want most is never far from the surface.

Though Whole New Mess is quieter, simpler, this isn’t a dress rehearsal. It speaks to the strength of Olsen’s songwriting that each song feels whole even when the most climactic and aesthetically dazzling elements have been removed. These are songs that sound great and hit just as hard wherever they end up being played, whether on a giant stage or in a low bitrate stream, a deluxe stereo system or on a worn-out cassette. 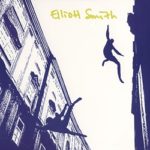 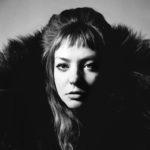 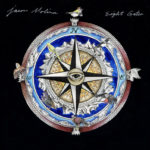