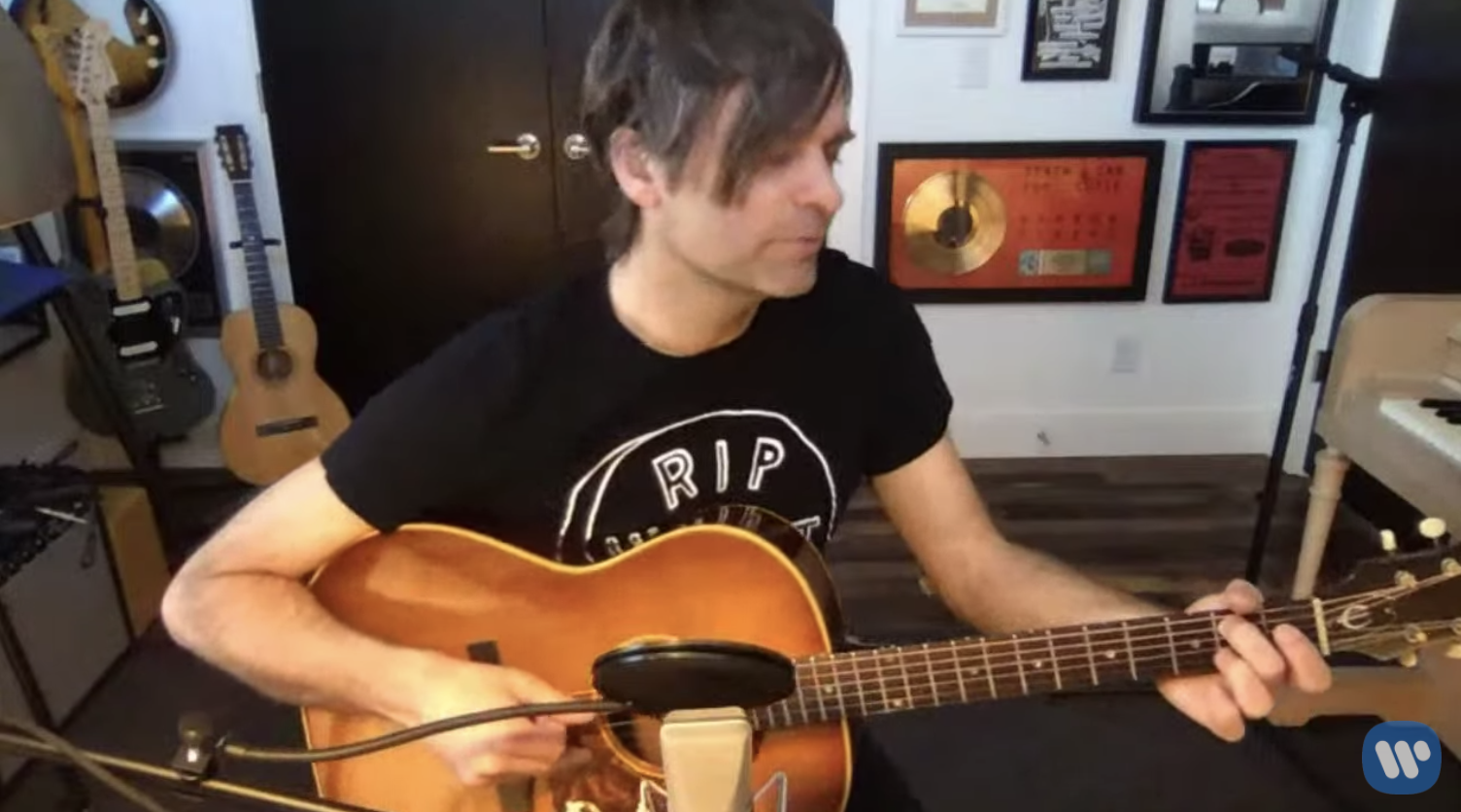 Ben Gibbard of Death Cab for Cutie has been performing at-home live streams while touring has been called off and most people around the world are self-quarantining due to the spread of COVID-19. On Monday night, Gibbard performed an entire set of early Death Cab for Cutie and All Time Quarterback material, including songs from their debut album Something About Airplanes as well as 2000’s We Have The Facts and We’re Voting Yes and 2001’s The Photo Album, plus “(This is) The Dream of Evan and Chan,” Gibbard’s pre-Postal Service collaboration with DNTEL and The Revolutionary Hydra’s “The Face That Launched 1000 Shits.”

Watch the complete set below and check out the setlist.

Death Cab for Cutie’s Plans and Transatlanticism are on our list of the Top 100 Indie Rock Albums of the ’00s.

St. Vincent, Jason Isbell to perform on Live From Here With Chris Thile