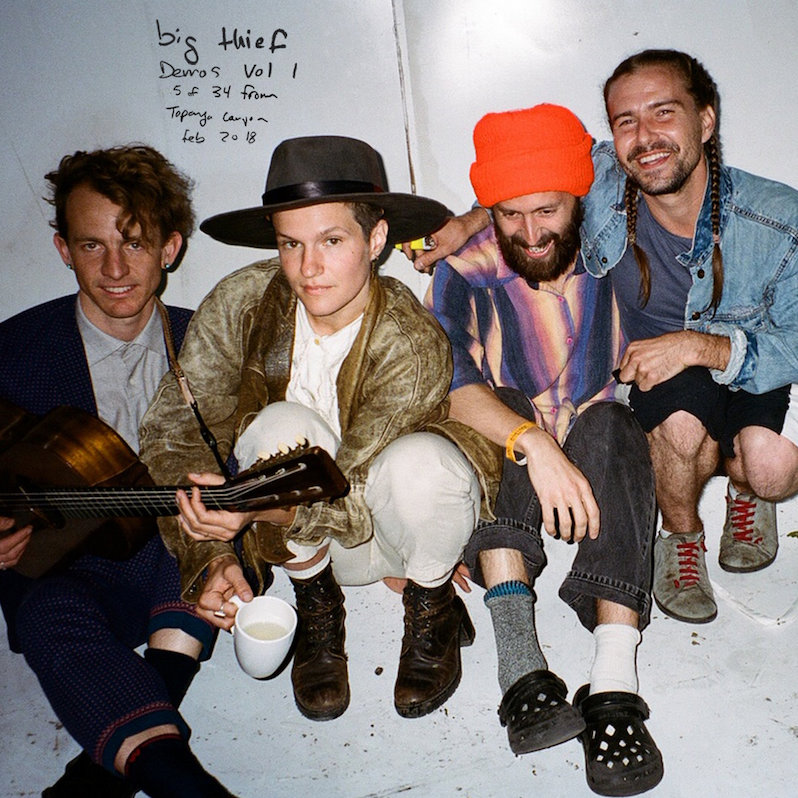 Big Thief have just released a collection of demos titled Demos Vol. 1 – Topanga Canyon, CA – Feb. 2018. The demos feature unreleased songs that the band had been working on during the sessions for their two 2019 releases, UFOF and Two Hands. All proceeds from the release will benefit the group’s tour crew, who can’t work right now due to live music cancellations as a result of the spread of coronavirus.

The band says in a statement, “We spent the month of February 2018 in a cabin in Topanga Canyon, California, recording 34 demos that were boiled down to become UFOF and Two Hands, and we’re bringing a handful into light now to share with everyone. We chose 5 of our favorites – none of which appear on any Big Thief records and a couple of which appear in different forms on Adrianne’s abysskiss. 100% of the funds we make from this release will go to our faithful road crew, whose income has been impacted by the disruption in our touring schedule. They are the lifeblood of the Big Thief shows and we care so deeply for each and every one of them.”

Hear “Live Young” below and download the full set via Bandcamp.