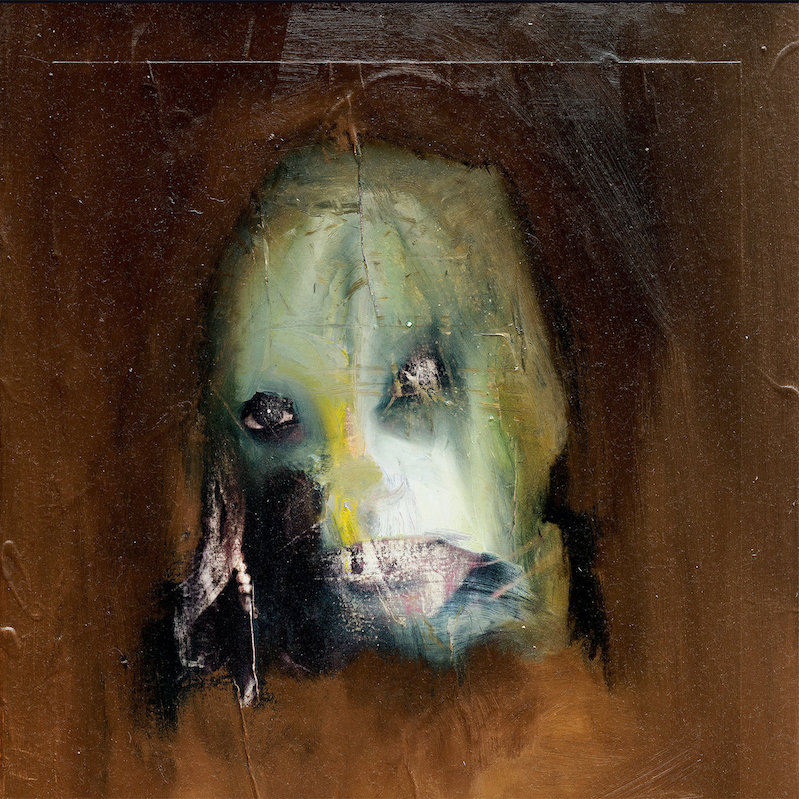 Marc Richter is as much a sound designer as a musician. The German composer who records as Black to Comm often finds his direction in a simple tone or sound, taking an existing sample only to melt it down and hammer it into new shapes, yanking found sound from a natural or manufactured environment in order to draw musicality out of it, or using something as simple as a scratched record as a layer in a dense patchwork of twisted sounds. In this way, Richter is similar to ’90s-era innovators such as Oval or Pan Sonic, who created musical pieces out of custom-made devices and samples of painted and warped CDs. The end result of his creations, however, has more in common with the likes of David Lynch’s darkest cinematic moments and Scott Walker at his most tortured.

Seven Horses for Seven Kings, Black to Comm’s eighth album and Thrill Jockey debut, is a breathtaking display of disorientation and terror. It’s not necessarily aggressive music—the edges are sharpened, and the menace is palpable, in a way that one never truly feels at ease or comfortable in the presence of the phantoms Richter exorcises. But those phantoms linger and hover in place, offering mere suggestions of danger. On a track such as “Licking the Fig Tree,” the sudden, brief changes in pitch and eventual squeal of saxophone against a recurrent drone and crashes of cymbals feels are a master class on how to do slow-burn horror scores right. Getting a good night’s sleep after hearing this seems elusive at best.

As ominous a set of music as this is, these pieces are composed and crafted in a way that makes them not just atmospherically chilling but climactic and rich in melody. The progression of “A Miracle No-Mother Child At Your Breast” is a gradually rising and expanding piece of cinematic horror that creeps slowly toward some truly breathtaking moments. “Fly on You,” however, carries a density and a rhythmic sensibility that makes it feel almost like gothic shoegaze. And there’s an urgent, militant drive to “If Not, Not,” a pulsing, punishing track that’s more aligned with the dynamic industrial-electro of Ben Frost than a proper ambient track. It carries the oozing eeriness of paranoid desolation, yet the chugging rhythm of a locomotive makes it tense well beyond what creeps in the imagination.

If Black to Comm’s aims with Seven Horses for Seven Kings was simply to drive the listener into a state of discomfort and distress, it succeeds wildly. But it’s so much more than that. This is an album of grotesqueries turned majestic and beautiful, a showcase in the art of giving darkness greater depth and fascinating new shapes. It’s not always beautiful or even easy to listen to, but Seven Horses is a thoroughly rewarding collection of haunted creations.