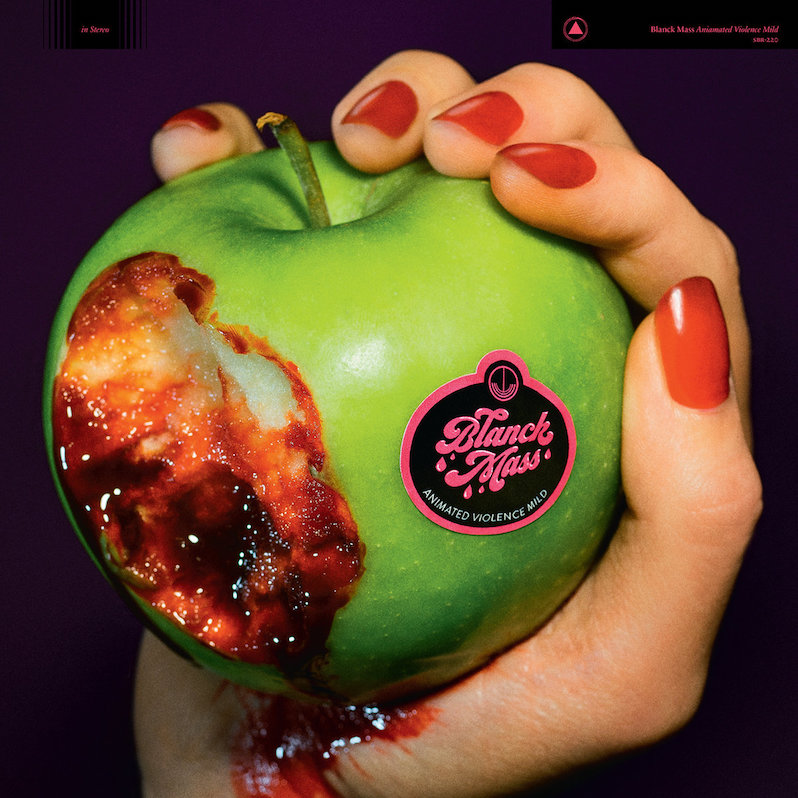 The phrase “animated violence mild” is often found in descriptions of why video games or cartoons have a particular rating, albeit usually in a more grammatically linear order. It depicts the gulf between artifice and all-too-real destruction of the human body by other humans. Benjamin Power’s use of the phrase to title his fourth LP as Blanck Mass thus makes perfect sense, given his claim that the album is an infuriated response to consumerism.

That—the title, I mean, not my writing—is a more elegant way of describing the record’s theme than the too-on-the-nose cover art. But neither Blanck Mass nor Power’s previous work in Fuck Buttons were exactly paragons of subtlety, and who’s to say they have to be? Sometimes you need bold statements uncloaked in nuance. (Like, say, “Fascism is bad actually, so those who oppose it vehemently are probably good actually,” perhaps? Just a thought.)

Animated Violence Mild is a furious wave crashing into forces both macro (unbridled capitalism and its collateral damage) and micro (Power’s grief at the death of his father). After inexplicable verbal snippets that sound like someone taking the piss out of either an art installment or a noise concert, we fall right into the hellfire of “Death Drop,” which sounds like nothing so much as thrash metal riffs and drum fills dragged through eight layers of meat processing equipment. “Love is a Parasite” is similarly abrasive, particularly in its beginning and immediate ending, but doesn’t match the merciless onslaught of “Drop.” Nothing else on Animated Violence Mild does; frontloading the album with its least accessible track is an interesting choice.

Someone, ostensibly Power, screams intermittently through layers of distortion over the musical storm of certain tracks (most notably the two described above): harrowing, raw exhortations of sadness and rage. A representative for the artist described these as “not lyrics…a deliberately garbled mix of vowels and consonants.” Some sound suspiciously like actual words, which contrasts jarringly between the album’s clear presentation of its general thematic concerns and deliberate obfuscation of individual sonic pieces. It’s not an artist’s responsibility to fully explain their work, though, so I wouldn’t necessarily call that juxtaposition a flaw.

The previous Blanck Mass record World Eater explored tempos and beat structures attributable to hip-hop and grime. Animated Violence Mild returns to the well of EDM that informed Dumb Flesh and the project’s 2012 debut Blanck Mass, with drum ’n’ bass, jungle and house as its clearest antecedents, particularly in the stutter-step pulse of “House vs. House” and “Hush Money.”

What’s most remarkable about Power’s newest work is its reliance on melody, often via synthesizer hooks of striking beauty over the pounding, hyperkinetic drum machines and dissonant textures. The aforementioned “House” uses synth riffs and distorted-beyond-recognition vocal samples to remarkably poignant effect, as does the intense dubstep of “No Dice.” Sometimes this comes off like an attempt to present pop hooks in the most hellish context possible, other moments seem to be an earnest exploration of a musical form in which Power doesn’t usually traffic.

Those who yearn for a Fuck Buttons reunion between Power and his old partner Andrew Hung probably shouldn’t hold their breath, especially with Hung busy making…well, whatever the hell Realistationship was. (Can’t say I was a big fan.) But “Wings of Hate,” the final number on Animated Violence Mild, is about as close as one is gonna get. The track recalls the melodic beauty and grand sprawl of that duo’s 2009 masterpiece Tarot Sport, right down to using near-identical synth tones (or possibly some very processed guitar) and a breakneck double-time tempo. It’s an interestingly upbeat conclusion to an impassioned, often angry album, one that likely won’t create any new Blanck Mass fans but is essential listening for anyone intrigued by the darker, harsher corners of the electronic music universe. 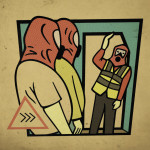 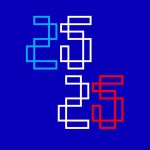