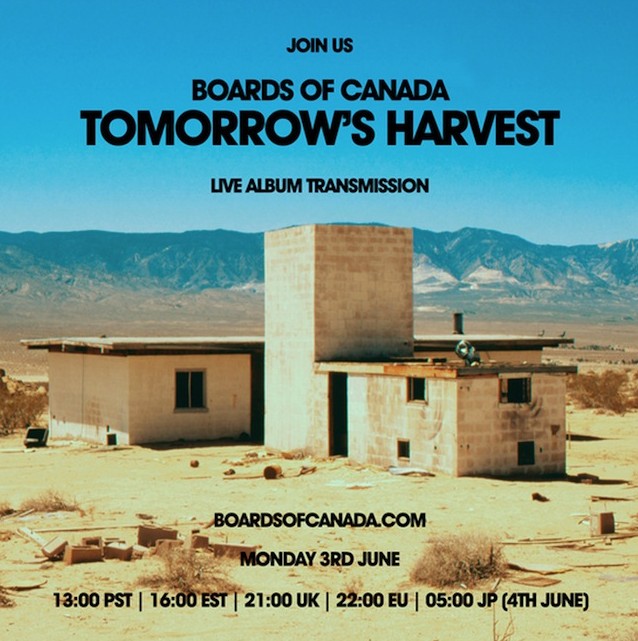 Next week, Boards of Canada will unveil a full stream of their new album Tomorrow’s Harvest in full. On Monday, June 3, the Scottish electronic duo will stream via BoardsofCanada.com, the full album, though it looks like it’s a one-time only deal.

Tomorrow’s Harvest is out June 11 via Warp Records in the U.S., and June 10 in Europe/the rest of the world.