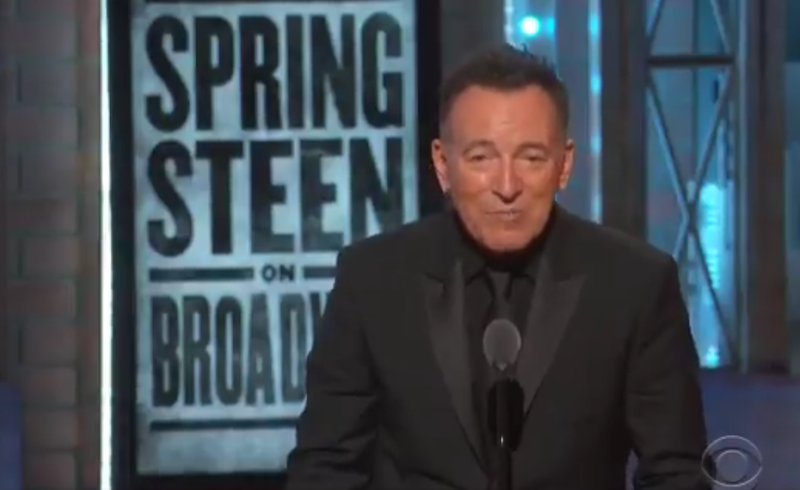 Bruce Springsteen was given an honorary Tony Award Sunday night for his recent performances of Springsteen on Broadway. The award was presented to Springsteen by Billy Joel, and Springsteen gave a concise acceptance speech for the honor.

“This is deeply appreciated,” he said. “Thank you for making me feel so welcome on the block. Being part of the Broadway community has been a great thrill and an honor and one of the most exciting things I have ever experienced.”

Springsteen also performed “My Hometown” at the show, after being introduced by Robert DeNiro. DeNiro included a “fuck Trump” in his monologue, and congratulated The Boss on winning for Springsteen On Broadway, “or as I like to call it, Jersey Boy.” Watch his acceptance below.