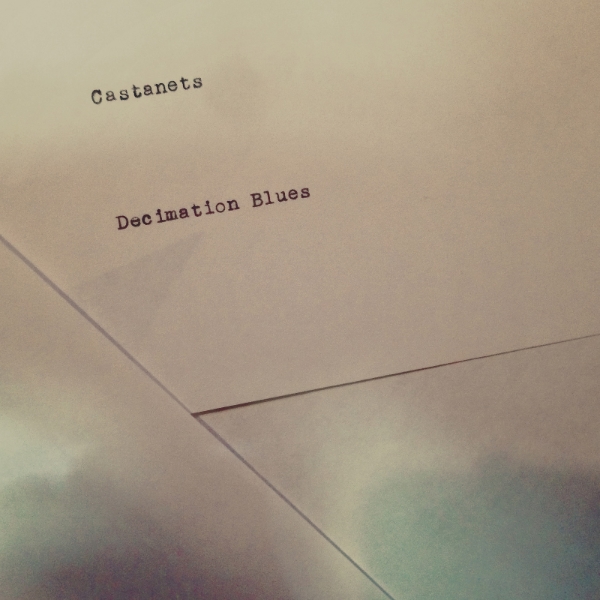 Ray Raposa has been releasing stunningly dark, sparse alt-country albums as Castanets since 2004’s incredible Cathedral, though it’s been a long five years since his last effort under the Castanets name. On Aug. 19, however, Castanets will release Decimation Blues, their first full-length set since 2009’s Texas Rose, The Thaw & The Beasts, via Asthmatic Kitty. That’s the album cover above. And while the tracklist for the album hasn’t yet been revealed, Raposa has released a stream of new song “Out for the West,” which opens like one of his characteristic folk ballads, but soon turns into a heady electronic pop song that’s both earthy and catchy. And you can even sort of dance to it!

As we await the full Castanets new album details, listen to “Out for the West” below.