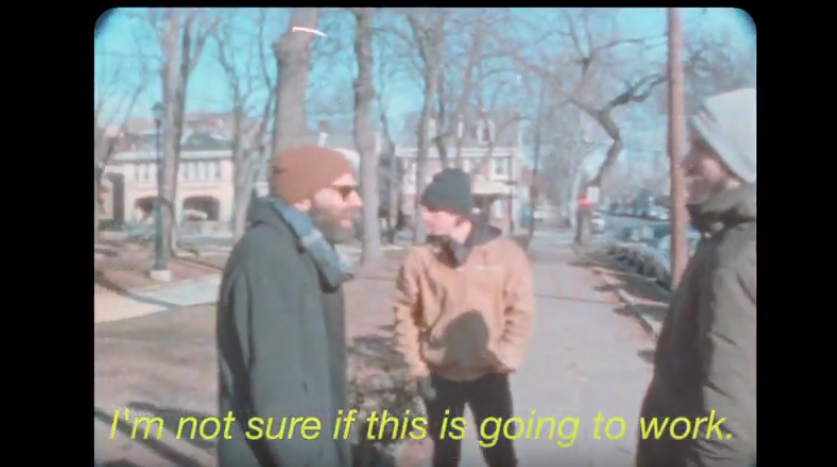 Last year, Treble premiered the track “No Compass, No Map” from the self-titled album by Philadelphia group The Chairman Dances. And now today, we’re premiering the video for that very track. The clip is directed by Bob Sweeney, and depicts a meta-narrative about making a video, naturally. It’s a cold day in Philly, and the video has the look of an old home movie, with dialogue in the form of subtitles. Ultimately, making a video ends up proving more challenging than they had hoped for.

Here’s what the band says in a statement about the video: “Filming took place on one of the coldest days of the year;  the temperature, with wind chill, was -20 degrees. Sweeney, who used a vintage camera to shoot on Super 8 film, feared the motor in his camera would stop working due to the bitter weather.” Watch the full clip below.

The Chairman Dances’ self-titled album is out now.