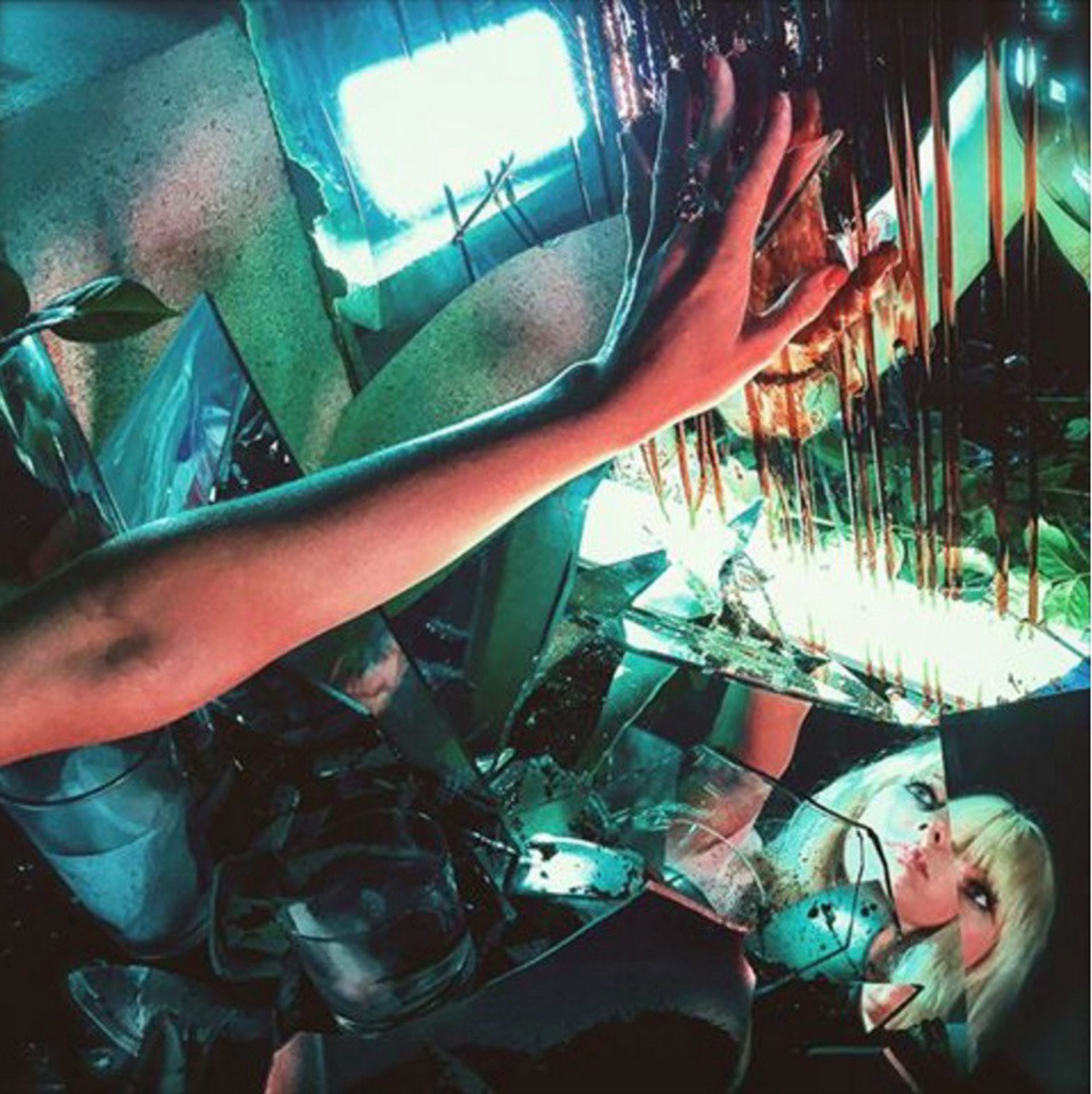 Chromatics are finally releasing their long-awaited album Dear Tommy this fall. Finally. We think so, anyway. It’s been a long road to get here, and for a while it seemed like the album would never see the light of day. It’s been six years since their last album, and it took only four for Chromatics to morph from a noisy punk band into the dream pop group they are now. Dear Tommy has still yet to finally hit shelves or streaming services, but the rollout has been long enough for us to get a good sense of what to expect. Back at the end of 2014, the band announced that Dear Tommy would be released in time for Valentine’s Day 2015. That didn’t happen. But for a few weeks at least, Johnny Jewel and company had built up some momentum, releasing a regular stream of new tracks via Soundcloud and offering a good sampling of what to expect. Then the tap dried up and the band seemingly disappeared.

Then, in early 2017, Chromatics’ manager Alexis Rivera announced that all of the finished copies of the album had been destroyed after Jewel had a near-death experience in Hawaii. The plan was to release the same album, only in a version that Jewel was happier with—”Nothing’s changed except it’s better.” But we know by now that it’s not the same album, at least not exactly. This year, Chromatics have gotten back to releasing more new singles, and at least two of them, “Black Walls” and “Blue Girl,” weren’t on the original tracklist. And the recently released “Looking for Love” single suggests that they’re even re-evaluating some old tracks.

The question remains: Just what kind of album will Dear Tommy be, and beyond that, what tracks will be included on the album? To answer the former, there’s no question that it’ll be a melancholy pop album that alternates between melancholy ambient pop and post-punk disco, with a heavy dose of giallo film imagery and dark surrealism. But the latter? That’s the tricky part. Last year, Rivera said the tracklist wouldn’t be any different than the one announced three years ago. But the band’s two most recently released singles, which are expected to appear on the album, aren’t on that tracklist. While it’s clear that we haven’t heard the finished versions of most of these tracks so far, Chromatics have released nearly a dozen songs so far that could very well appear on the album. So as we anticipate the final product, which is likely to include even more surprises, here’s a round-up of all the possible Dear Tommy tracks that Chromatics have released so far.

When Chromatics first announced the tracklist of Dear Tommy way back in 2015, there were some familiar track titles, a handful of which came from the 2013-released After Dark 2 compilation. But just like some of their previous singles and compilation tracks, there was high likelihood that the album versions would differ somewhat than the earlier releases. And considering Johnny Jewel went back to the drawing board after trashing the first pressings of the album, what we will eventually end up hearing probably will be even further away from the production heard here. That said, it’s a solid, dreamy pop song that would have fit in easily on the band’s 2012 album Kill For Love, and it’s a reminder of what makes Chromatics so appealing and why this album is so highly anticipated.

This was the first proper single that Chromatics released from Dear Tommy—which was to be the first of a weekly series of singles they issued until finally delivering the full-length. That didn’t happen. In fact, the weekly plan fell apart after only a few weeks, but then again they’ve been known to change their mind. Since then, the track’s been pulled from streaming services including Spotify and Soundcloud, though vinyl copies still exist. And it’s a pretty haze of a dirge, Ruth Radelet delivering a romantic noir narrative that’d be eerie if it didn’t sound so anguished and nostalgic. Considering Chromatics have put an air of mystery back around this one (while apparently still planning on restocking the 12-inches), it seems a safe bet that it’ll make the final tracklist.

“I Can Never Be Myself When You’re Around”

Back when Chromatics shared this track, it seemed like a natural breakout single for the band, a catchy post-punk disco track that revealed a bit more shoegaze density and dancefloor pulse than many of their between-album ambient soundtrack works could ever suggest. It’s still one of my favorites to have emerged in anticipation of the album. But it, like a lot of the other early Dear Tommy singles, has mostly disappeared from all the band’s accounts, save for a video on their official DailyMotion page. I surely hope they haven’t abandoned it, because it’s just too damn good. But then again, maybe they’re just saving an even better version of it.

This is another fun one, perhaps the most capital-P pop track to ever bear Chromatics’ name. It could fit in pretty comfortably in between some of the biggest singles from M83 or Chvrches. Whether or not they’d ever reach that level of commercial visibility is debatable, though being in Drive helps, but it’s encouraging to hear that their pop instincts are so well sharpened. That being said, it does have a lot of similarities to “Midnight City,” so if that was one of the qualities nagging at Johnny Jewel, I’d understand.

If this song sounds familiar, it might be because you heard it on Twin Peaks: The Return. (And if you didn’t, then go back and fix that.) It’s basically everything that listeners would hope for in a Chromatics song this far down the line: Climactic swells of synth, a minimalist groove, some emotional vocals from Ruth Radelet, and just the right amount of danceability. Easily among the more straightforward offerings from the band in the past five years, but a good one all the same.

It’s probably a safe bet that the title track won’t be cut from the final tracklist, though that might be an error in judgment. Still, this gloomy, gothic dirge (with lots of Auto-Tune, which makes it sound a little like disco Jesu) would add a layer of ominous darkness to what in large part seems to be shaping up as a set of buoyant disco-pop tracks (which is just fine with me!). Again, this song’s been scrubbed from all of the band’s accounts, save for DailyMotion. That’s just between us, though. (Shhhh….)

The second of two songs to appear on the Twin Peaks: The Return soundtrack, “Saturday” is an instrumental—the only one here, in fact, which is noteworthy if only because the bulk of Johnny Jewel’s releases of the past year or so have been instrumental soundtrack work. Naturally, it fits in comfortably with the sounds of the Twin Peaks soundtrack, and it’s quite lovely. But it doesn’t quite have the same thrill factor as the other singles released from the album. And that’s fine—not every track is meant to be a hit.

This track didn’t show up on any of the previously announced tracklists for Dear Tommy (which are probably not that reliable anymore). However, the band did recently release “Looking For Love” (which originally appeared on After Dark 2) as a single, which lends some credibility to the idea that it has a future on the next album. Though it’s really hard to predict what Johnny Jewel’s thinking, since he’s such a restlessly creative dude. In any case, this is a particularly strong dance jam from Chromatics, with all manner of spacey disco effects and a beat that compels the body to move. I’d call this one more of a long shot, but it’s too good of a single to overlook.

The first song released in the no-we’re-still-releasing-it-but-it’s-different-now era, “Black Walls” offers the suggestion that things have changed a lot. Why? Well, it’s not on the original tracklisting for one. So yeah, the final product will almost certainly look considerably different than what anyone expected. But it still sounds like Chromatics. And it’s still outstanding, with a slow build that goes from misty ambient pop into a sinister groove among the band’s most darkly intriguing. It’s a step in a promising direction, and the fact that it exists seems to suggest that the band has been putting in the work to make the best possible album they can.

Another relic of After Dark 2, “Camera” has been bouncing around for a while. And it’s been part of the Dear Tommy tracklist since it was first announced. And considering the band just released a vinyl EP with this track as the A-side, it’s probably safe to say that “Camera” will remain in their repertoire going forward. A moody, Auto-Tune driven track in the tradition of some of the longer ballads on Kill For Love, “Camera” is a bit more concise but no less gloomy and surreal.

Hey, this song isn’t on the original tracklist either! But it’s another encouraging sign of progress, and more gloomy pop that fits right in alongside the other 10 tracks here. This, coupled with the pretty intense release campaign that’s been happening in recent months, offers the suggestion that the album isn’t far behind. Not that this wasn’t a fun exercise to put together, but it’s still just a way to bide time until the real thing finally arrives.