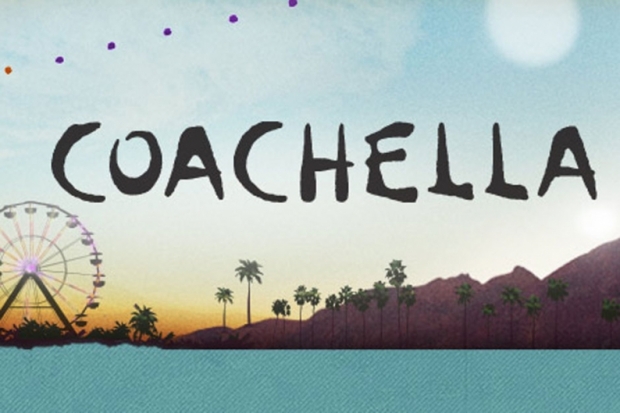 The full Coachella 2014 lineup has been revealed, thanks to a report from Variety, and the rumors of an OutKast reunion have been confirmed. The Atlanta hip-hop duo is indeed headlining the festival, along with Arcade Fire and Muse. Among the other acts performing this year are The Replacements, The Knife, Neutral Milk Hotel, Beck, Disclosure, Queens of the Stone Age, Pharrell, Nas, Bryan Ferry, Chvrches, Afghan Whigs, Sleigh Bells, GOAT, Wye Oak, Warpaint, The Dismemberment Plan, Solange, Neko Case, Darkside, Ty Segall, Broken Bells, Waxahatchee, Motorhead, Fatboy Slim, Jon Spencer Blues Explosion, Flatbush Zombies, Mogwai, Washed Out, The Toy Dolls, Little Dragon, Factory Floor and many, many others. Check out the full  Coachella 2014 lineup via the flyer below. 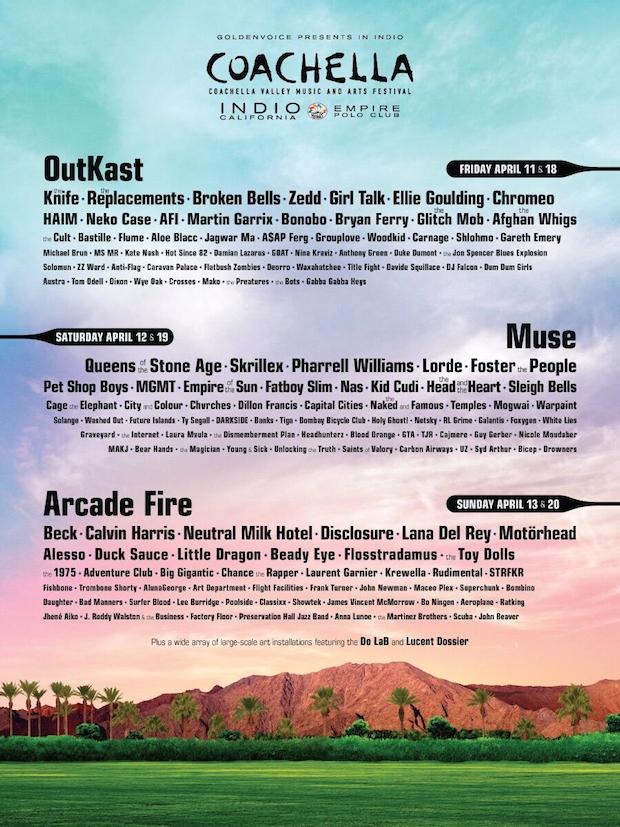