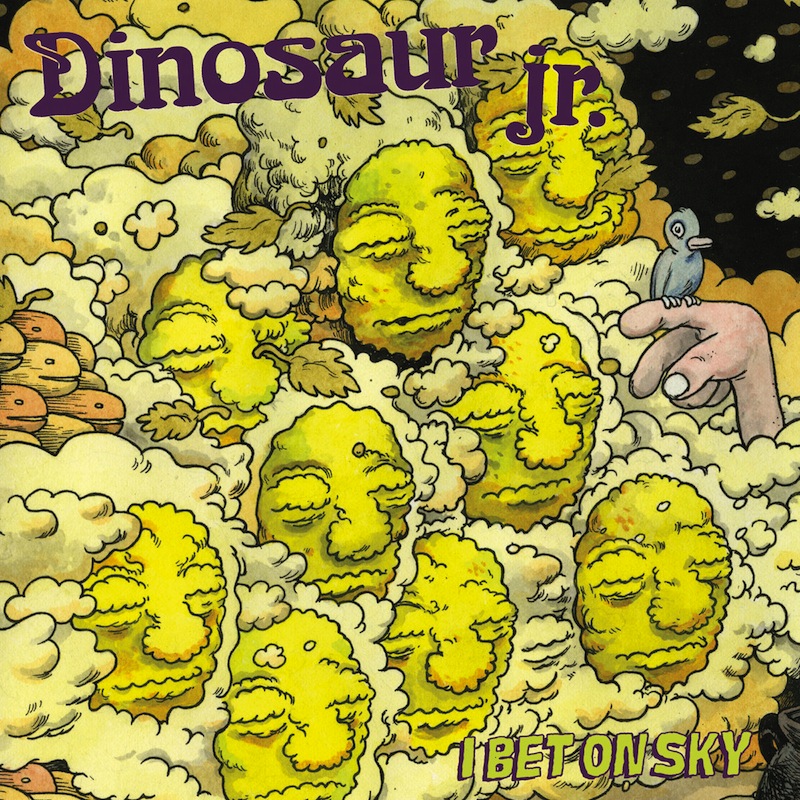 Dinosaur Jr.‘s is a sound that never grows old. Its players have aged over the past 25 years, bassist Lou Barlow now a family man and frontman J. Mascis bearing a long mane of gray hair that gives him the appearance of an indie rock wizard. But the Boston trio’s crunchy, punchy noise rock anthems, after the past few decades, continue to bear the same endearing blend of energy and slacker ease they always have. This is fairly remarkable; numerous are the bands who have reunited only to wheeze out failures and flops. Now more than a half-decade into their second act, that’s a bullet Dino Jr. have successfully dodged, but rather deflected with a handful of outstanding long players.

I Bet On Sky, much like its predecessors Beyond and Farm, doesn’t so much alter the formula as it finds the band sounding more comfortable playing together and finding new hooks to eke out within their amiably abrasive indie rock. And on the surface, it’s everything one would look for, and for that matter should look for in a Dinosaur Jr. album — blazing solos, big choruses, J Mascis’ lovably lazy vocals and distortion. Lots and lots of distortion.

To paint this as merely another good Dinosaur Jr. album isn’t necessarily wrong, though it oversimplifies another chapter of subtle variations and gradual growth within the band’s ongoing progression. A wah-wah and cowbell-laden funker like “I Know It Oh So Well” might signify a mellowing Dinosaur, but the explosive punk rock of “Pierce the Morning Rain” sneers at the very idea. The Lou Barlow-sung “Recognition” maintains an anthemic presence while allowing for a bit more nuance to sneak in, and triumphant closer “See It On Your Side” pulls liberally from a source that’s been kind to Mascis & Co. all these years: Neil Young & Crazy Horse.

I Bet On Sky wouldn’t be a Dinosaur Jr. album without a few sure-fire alt-rock sing-alongs, however, and as luck would have it they come glued to the front of the record. A soaring whirr of mellotron flies beneath the scratchy chords of leadoff track “Don’t Pretend You Didn’t Know,” while “Watch the Corners” has the chug of vintage grunge with a melody that stands up to some of the band’s best singles. On one level, I Bet On Sky hits every mark on the Dino Jr. checklist, but in doing so, the band allows room for more colorful production flourishes and warmer, more lived-in songwriting. It’s about small steps more than giant leaps, though for a band whose first great album (of many) arrived 25 years ago, there’s no point in trying to sabotage a good thing.