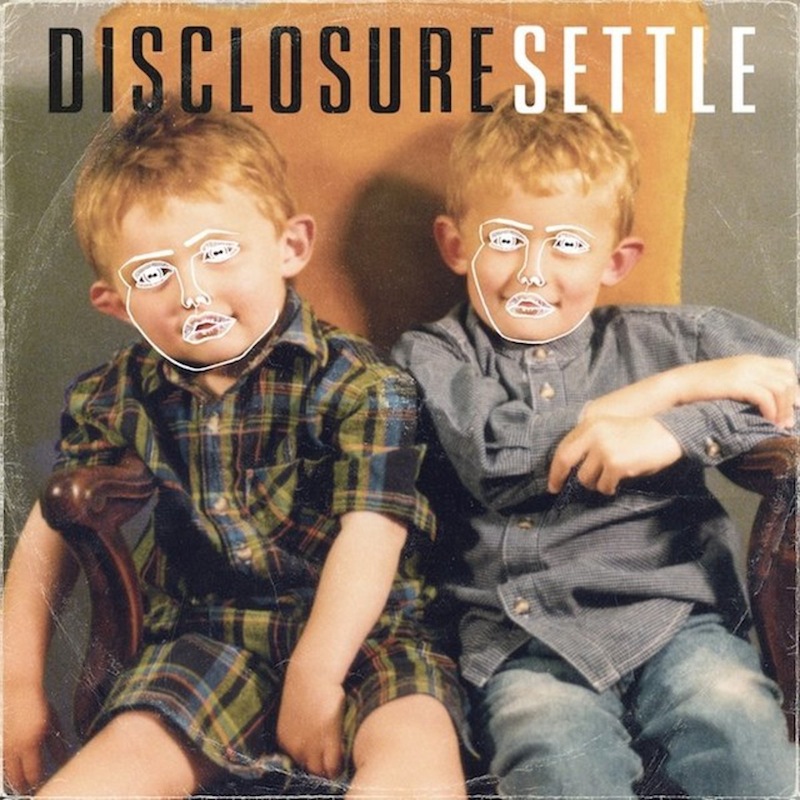 If old-schoolers, house faithful and beat fanatics were holding out hope for Daft Punk’s Random Access Memories to be this year’s big, great electro album, they most likely set themselves up for disappointment. Not that the album itself is bad—it’s grown on me a little, anyway—but it’s also not very electronic. Thomas Bangaltier and Guy-Manuel de Homem-Christo didn’t like the direction that contemporary producers were taking dance music, so they took a trip back to the ‘70s. And that’s fine—when you have Giorgio Moroder and Nile Rodgers in the studio to make it happen, you don’t very well tell them not to do what they do best. It’s not as if there aren’t plenty of other beat-savvy production teams worldwide, making their own unique club- and art-house friendly creations, 12 inches at a time. Yet arguably few of them do so with a presence as strong or as innovative as London duo Disclosure.

Surrey’s Disclosure, comprising brothers Guy and Howard Lawrence, launched their career track by track back in 2010, first uploading some ear-grabbing bangers to MySpace and dropping a series of well-received singles, including “Tenderly,” “Boiling” and The Face EP. If you spent a fair amount of time on Fact or Resident Advisor in the last year, you couldn’t miss them—shuffling future garage beats, ethereal house melodies, and freakish face-outline artwork adorning every release. But for such a young duo (Guy and Howard are 22 and 19, respectively), Disclosure have grown a lot in just over three years. Settle is the culmination of that period of growth — an aesthetically cohesive set of undeniable dance gems that nod to a time in dance music long before the Lawrence brothers were born, yet clearly chart a path into the future of progressive dance music.

There’s a great deal of range to Settle. While most of its tracks are rooted in deep house or garage, very few of them commit readily to a simple genre exercise. The Lawrences use these styles as foundations to build upon, and in the process end up with a highly engaging, high-energy dance pop record that excels both when it aims to get asses waggling as well as when it aims for mood enhancement. “When A Fire Starts to Burn” is clearly the case of the former, a big, booming dance-floor filler built around a preacher’s sermon that takes listeners to church in a few different ways. Yet “Latch,” just one track later, shows what the brothers can do with a few more layers and a little more space, creating a dreamy backdrop for Sam Smith’s lovely vocals.

More than half of Settle’s tracks feature guest vocals, and it’s frequently in these collaborative moments that Disclosure shines brightest. Take “White Noise,” the impeccable first single from the album, which features an assured, defiant vocal from AlunaGeorge’s Aluna Francis. Yet the production of the track keeps pace with the breakout singer, the duo’s popcorn synth melodies building up into a lush, gorgeous chorus. There’s a similarly fluid synergy to “You & Me,” with Eliza Doolittle’s soulful pipes given an alternately dreamy and heavily pulsing backdrop. The characteristically restrained Jessie Ware even gets a chance to step into an intense thunderdome of dissonant synth clangs and meaty beat loops. Disclosure play to their collaborators’ strengths—they don’t shoehorn them into a ham-handed EDM-by-numbers exercise like Calvin Harris, for instance—but the end result is typically the same: A great, big party.

There are a few tracks here and there on Settle that primarily serve to move bodies, such as “Stimulation” and “Grab Her!”, which, while impeccably produced, don’t have as much nuance or as many layers as many of the other tracks on the album. Still, there’s a careful method to the flow of the album, in which the more straightforward dance tracks transition between the more complex, artful creations. So, certainly, it’s a great big party, just one where the hosts think outside the discoball.

Katy B – On a Mission