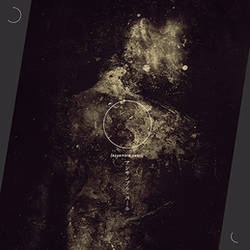 The existence of Ensemble Pearl, one could argue, is an inevitability. At least three of its members — Stephen O’Malley of Sunn0))), Atsuo of Boris, and Michio Kurihara of Ghost — have collaborated frequently in various incarnations throughout the last decade, carving an ever shifting, continually interesting path of exploration on the fringes of metal and experimental music. That the three of them would come together to form a new, characteristically boundary-pushing supergroup of sorts is not just unsurprising, but essentially standard practice. These are artists whose body of work is never limited to one solitary project, nor one singular sound. There’s always new ground to unearth, and new landscapes to tread.

With Ensemble Pearl, however, there are numerous surprises to be found, even on a set performed by a group of experimental/heavy music titans. For starters, the fourth member of the group is William Herzog, bassist of Seattle-based alt-country group Jesse Sykes and the Sweet Hereafter, whose role in this group finds him taking on something remarkably different. Even more surprising, however, is that a band featuring musicians from some of the heaviest bands on the planet is actually not that heavy at all, but rather atmospheric and dreamlike.

Ensemble Pearl’s Drag City debut, rather than serving to use its members’ volume-prone tendencies in unison, is an exercise in dark, beautifully eerie instrumental rock. By and large, the band’s chief component is ambience, the spacious and echoing melodies of each track imbued with droning effects and pregnant rests. That it drones is really the least surprising part about Ensemble Pearl; that it does so quietly and hauntingly, rather than thunderously so, is where the curveball comes in. Some of their compositions are purely ambient, like the 10-minute drone of “Giant,” which is temporarily broken at times via a soaring ascent that closely approximates an airplane in flight. Even more intriguing are the tracks that carry stronger melodies, however sparse, like the eerie, drumless horror score of “Ghost Parade,” or the slowly creeping occult thrum of “Painting on a Corpse.”

Much, if not all, of Ensemble Pearl’s compositions are built out of improvisation, and it’s not too difficult to pick up on. Each track feels loose and open, but the chemistry between each of the musicians, and the unspoken form of communication that each track documents, is a testament to how natural and connected they are together, even when the material itself is seemingly alien or unsettling. There’s reportedly another new Ensemble Pearl record in the works this year, with an even broader cast of musicians, and there’s potential for that to be even greater than this stunning debut. While the band originally began as a project to score Gisèle Vienne’s This is How You Will Disappear, the life it’s taken on has surpassed its de facto origins, and given life to something more organic and limitless.

Earth – The Bees Made Honey in the Lion’s Skull

Listen to new Ensemble Pearl track “Painting on a Corpse”