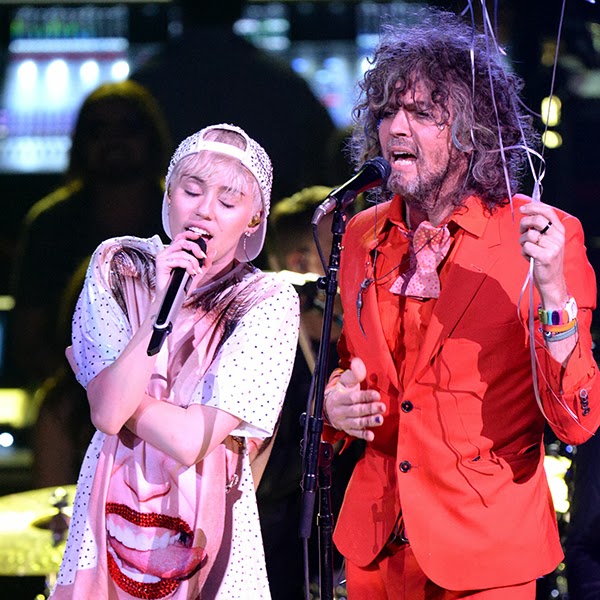 Despite a brief excursion into darkness on last year’s The Terror, The Flaming Lips have been pretty heavily invested in oddball collaborations and weird chocolate skull extravaganzas of late. Their newest collaborator? Miley Cyrus, apparently. Miley Cyrus and The Flaming Lips have performed a few times together already, which in itself is not all that strange — the band has worked with Ke$ha before, who arguably influenced Miley’s album Bangerz pretty heavily.

Coyne recently revealed on Instagram, however, that Cyrus joined the Lips in the studio. The image he posted is just Miley rolling a joint with her own Bangerz-branded rolling papers, but it’s some kind of evidence of a Flaming Lips Miley Cyrus collaboration, we suppose.