A great hardcore album doesn’t need much time to leave its mark. The less time it wastes, the better—the physicality and intensity of punk at its most visceral can become tedious once it wears out its welcome, and the simple law of supply and demand (and the “Beautiful Ones” scene in Purple Rain) makes it pretty clear that scarcity will only value something higher. Apologies for using capitalist language in discussing a capitalist-free space, but well, that’s exactly the case with Santa Cruz hardcore rippers Gulch. The entirety of their catalog thus far—which is admittedly brief—could fit on a single 33 RPM LP, and their limited run early cassettes yield upwards of $60 on Discogs. It’s not exactly a $600 Westside Gunn LP, but a pretty penny nonetheless. But what little of their catalog exists is breathtakingly ferocious, each 90-second track its own ironman competition in miniature. The muscles and lung capacity required to make music that goes this hard seem like they would require months of pre-season training to build up.

Impenetrable Cerebral Fortress is Gulch’s debut album, and it spans only slightly under 16 minutes in total—and the longest track of the bunch is actually a cover (more on that soon). This might raise all kinds of questions about whether or not this qualifies as an album, though by the standards of a band this harsh, incendiary and bloodthirsty, it’s essentially the perfect length. Of course, “hardcore” doesn’t quite accurately summarize all of what the Calfornia band packs into each sub-two-minute demonic exorcism. The leadoff title track bursts open with lightning-speed fills and the dynamic immediacy of Converge at their most blistering. At 1:57, “Cries of Pleasure, Heavenly Pain” feels utterly epic, its d-beat gallop preceded by an ominous intro that oozes for nearly half the length of the song. There’s a sludgy mosh-pit churn to “Self-Inflicted Mental Terror,” an unstoppable storm of rage in “Lie, Deny, Sanctify,” a few brief moments of breakneck boogie on “All Fall Down the Well,” and so on. The moments of stylistic dazzle between those of phlegm-flecked rampage happen in brief intervals but often enough to turn an already exhilarating release into one that rewards closer listening.

Gulch close out the album with an interpretation of Siouxsie and the Banshees’ “Sin in My Heart,” performed raw and dirty but faithfully, with vocalist Elliot Morrow—whose stage presence is even more animated than his roars—barking his way through the goth-rock track with the same throat full of venom he does in all the band’s other tracks. There’s not a hardcore band in history that hasn’t attempted some particularly brutal cover of a song from an entirely different genre sphere, but this neither comes off as novelty nor half-assed. It’s testament to Gulch’s capabilities that this fun bonus has the same kind of roar and dynamics that define their originals. After 12 minutes of sheer confrontation, it’s nice to have what feels like a crowd-pleasing encore. 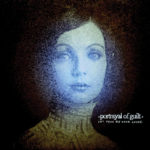 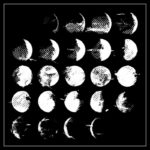 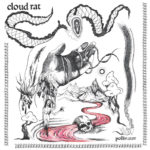