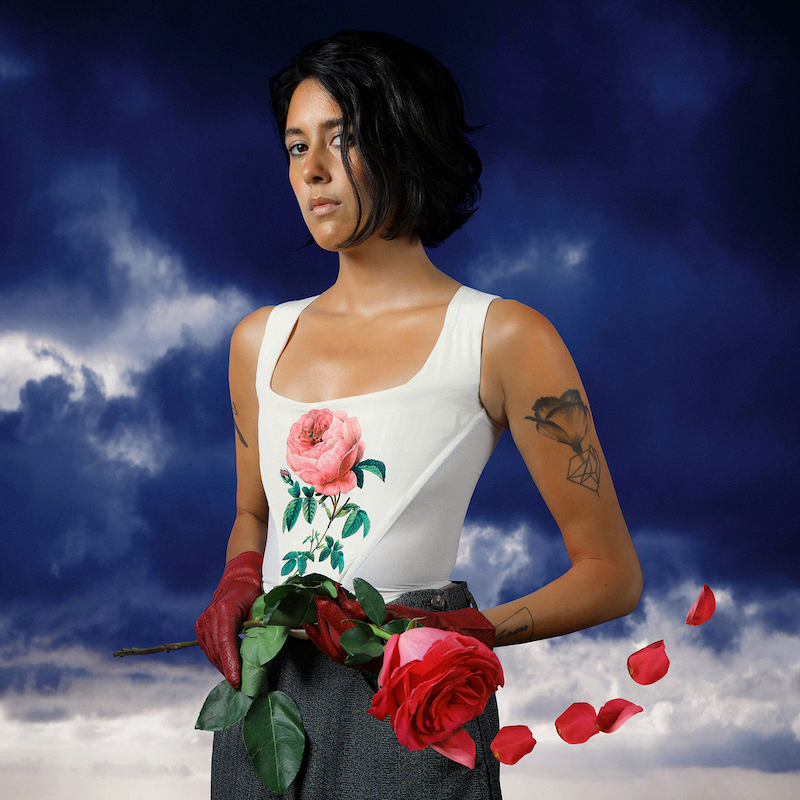 Half Waif has announced a new album. On March 27, Nandi Rose will release The Caretaker, via Anti-. She’s shared a new video for the single “Ordinary Talk,” along with a statement about the track and its visuals: “Recognizing your own ordinariness can be depressing, or it can be a relief. In “Ordinary Talk,” I wanted to honor and celebrate my ordinariness as an incredible tool for making me feel less alone. The song is a reassurance that feeling bad—or “ill”—isn’t something that needs to be corrected. There’s a depth of experience that comes from feeling emotions at their extremes. And it is, in fact, this vivid, varied messiness that makes us human and ordinary. The corresponding video, written in collaboration with director Kenna Hynes, tracks the progression from isolation to communion as we move from a tableau of a troupe of strange courtiers to the neon lights of a good old house party. And as the song shifts and melts away, the cast of characters follows and looks outward: up toward the vast night with its unsettling drift of stars, over a vista of coffee cups and blue TV screens and folded t-shirts—the million tiny moments that define our days.”

Half Waif The Caretaker tracklist: