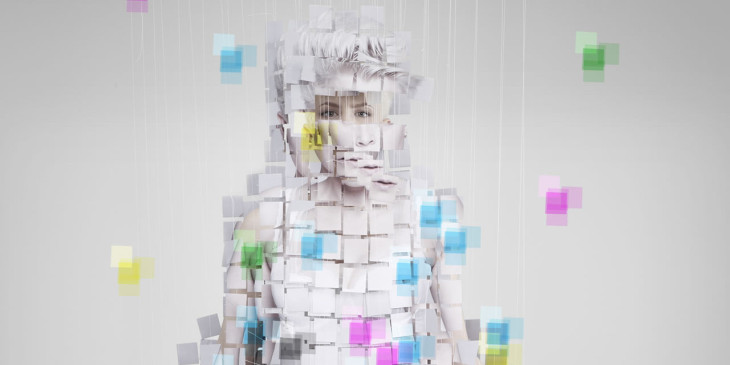 In the first words in Body Talk, Robyn states: “I’ve got some news for you, Fembots have feelings too.” Robyn’s adoption of the robotic image of the Fembot is a sly reclamation of a classically male conception. Perhaps most famously associated with the Nancy Sinatra-aping bots in the Austin Powers movies, the Fembot is both sexually alluring and deadly. The gynoid, a more general term for a female robot, is both a real construct – several different models of gynoids have been manufactured by robotics teams – and a common trope in fiction. Coming often from the mind of male creators, the gynoid embodies notions of perfected femininity – an exaggerated and hyper-sexualized body, subservient behavior, and sexual prowess. In the three-album collection Body Talk, Robyn reclaims the mantle of Fembot and instead of making her a subservient, cold and rigid machine, Robyn’s Fembot is remarkably in control, fiery and ample. Her Fembots not only have feelings but they pulse and dance too.

The narrative of the gynoid is an offshoot of the cyborg narrative. They are robots built to perform tasks without the flaws of human behavior. Logical and unemotional, cyborgs often display enhanced human capabilities but without the emotional baggage, if you will. Similarly, gynoids display all the physical characteristics of femininity — or better yet, an idealized version — but without the perceived hang-ups of actually being with a real woman. In Sherry Turkle’s astute book Alone Together: Why We Expect More from Technology and Less from Each Other, she looks at the desire for robot companionship and finds that for many people it’s about minimizing risk:

During a session break, the graduate student, Anne, a lovely, raven-haired woman in her mid-twenties, wanted specifics. She confided that she would trade in her boyfriend “for a sophisticated Japanese robot” if the robot would produce what she called “caring behavior.” She told me that she relied on a “feeling of civility in the house.” She did not want to be alone. She said, “If the robot could provide the environment, I would be happy to help produce the illusion that there is somebody really with me.” She was looking for a “no-risk relationship” that would stave off loneliness. A responsive robot, even one just exhibiting scripted behavior, seemed better to her than a demanding boyfriend. I asked her, gently, if she was joking. She told me she was not. 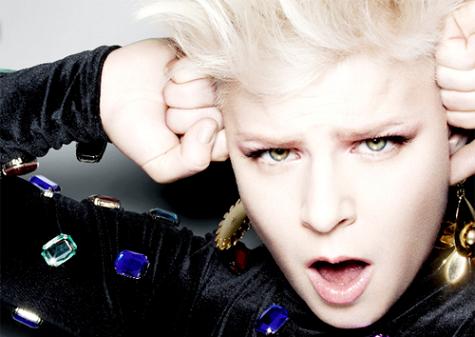 What is remarkable about Robyn’s version of the Fembot is that she created a gynoid unbridled by human behavior and mobilized against it. In 2010, when Robyn announced the arrival of Body Talk 1, 2 and 3, she noted in an interview with Pitchfork that, “the whole album is about being really lonely, but I think it’s interesting to put that idea in a club where a lot of people are crammed into a small room.” What Body Talk hits upon is not terribly dissimilar to what Anne expresses above. Instead of desiring a robotic partner, Robyn imagines herself as a robot, seemingly immune to vulnerability: “My system’s in mint condition / the power’s up on my transistors / working fine, no glitches.” This is all in direct reaction to the fact that someone “split her heart in two” and like Anne, Robyn attempts to distance herself emotionally while also assuaging her loneliness.

Much of Robyn’s songs tap into that emotional vulnerability while also pushing head first with ferocity. The pulsing “Don’t Tell Me What To Fucking Do” finds Robyn listing the things that are dragging her down — ranging from her high heels, her phone to her mom, her boyfriend, your nagging — but after a run-down of all the things that are “killing” her, both self-inflicted and put upon her, she bounds back with “don’t tell me what to fucking do.”

This sense of defiance in the face of personal adversity permeates through Body Talk and in a sense through Robyn’s whole career. After beginning her career as a teen pop star with rather vanilla and indistinguishable songs, Robyn rebounded with her own label (Konichiwa Records) and creative control. One of her first singles to breakout on Konichiwa was “Be Mine!” a profoundly vulnerable yet defiant song about heartbreak. Her tough love to herself — repeated refrains of “you never were and you never will be mine” — sounds defeated but I choose to see it as a little bit of real talk, gritting her teeth and moving on. “Dancing On My Own,” a breakout single from Body Talk, treads similar ground — an old boyfriend with a new girl — here her remedy is made more explicit, to help get over the guy, Robyn throws herself on the dance floor, a place many heartbroken folks have gone before. Robyn’s astute observation of the dance floor as a place of loneliness and vulnerability is a ripe one; it’s a place where, in the dark, one can reimagine oneself as strong and invulnerable: “I still run this thing like a dancehall queen.” “Dancing On My Own” was famously used in a closing scene in an episode of Girls, a show that has the uncanny knack of polarizing people. In an episode that finds Hannah (Lena Dunham) spooked by an STD scare and a revelation that her college boyfriend is gay, she dances her frustrations out with best friend Marnie (Allison Williams) to Robyn. Like Robyn’s songs, the scene is about the therapeutic power of the dance floor, whether in the club or in your bedroom. Madonna sang of it in “Into the Groove” and Robyn sings of this groove as a sort of utopia where the problems become less important and what matters is the beat and the adrenaline.

The parallels of cyborgs and the dance floor are unexpected but it makes sense in the larger narrative of immunizing oneself to pain. Turkle observes that we gravitate towards robots because we have become disappointed by human-to-human relationships. Robyn’s self-characterization as a Fembot can be read as a similar reaction to relational pain: “Once you go tech you can never go back.” But because Robyn can’t literally turn herself into a gynoid, only the persona of one, she has to find other methods of turning off the things that are “killing her.” The club and the dance floor is a natural scene for such a transformation, as it allows Robyn to embody the Fembot (“I’ve got a lotta automatic booty applications”) while also being a space for generating euphoria and a place of genuine healing. Body Talk is an album full of aching vulnerability and heartache yet Robyn powers on and encourages the listener to do so as well. It stands as a great rallying cry for both Robyn and her listeners to pick yourself up when you’re down and to love like you’re indestructible.