Idris Ackamoor’s spiritual jazz collective The Pyramids built something of a legend off the backs of three excellent and sprawling independently released albums in the 1970s. Those three albums—1973’s Lalibela, 1974’s King of Kings and 1976’s Birth/Speed/Merging—built on the foundation of otherworldly large-ensemble jazz explorations as pioneered by the likes of Pharoah Sanders and Sun Ra. Driven by hypnotic rhythms yet often reaching for something more mysterious and intangible, The Pyramids’ music tapped into a soulful strangeness beyond blues, beyond jazz, beyond sound itself, only to disband after five years together. The Pyramids didn’t end there, however, and over the course of a couple decades, Ackamoor continued to make music with some new permutation of the jazz collective, always with some combination of friends and collaborators new and old, until finally 2016’s We Be All Africans once and for all solidified a new era of the group, emerging as artists with a unique vision during an era when an entirely new generation of jazz innovators was starting to take hold.

With new album Shaman!, this new iteration of The Pyramids has yielded as many albums as their classic era, and though the lineup shifts each time—Ackamoor having been the only constant participant in 10 years of recent activity—the vibe and vision remains uniquely their own. The circumstances under which Shaman! arrives are similar to those of 2018’s An Angel Fell: a world fraught with anger and division, a continuous stream of unrepentant racist violence from the powers that be, and more than a few reasons to fear things will get worse before they get better. But this year we have the added benefit of a pandemic and a life mostly spent in one solitary place. Perhaps it’s only fitting, then, that Shaman! is, in Ackamoor’s words, an exploration of the “inner space of our souls and our conscience.”

Shaman! is a less outwardly socio-political statement than its predecessor, a work of spiritual yearning and internal searching that nonetheless feels a bit more meditative and insular. That it arrives during an era of quarantine is coincidental, but appropriate nonetheless. It begins with an invocation from Ackamoor in the title track, who speaks of “longing for words to be said, but there are no more words.” This moment of meditation and prayer precedes what becomes the album’s most urgent 12 minutes, a funky Afro-jazz groove that find Ackamoor and company arriving in 2020 with focus and with joy, but not without heavy hearts. In fact, the opening suite of songs, “Shaman!” and “Tango of Love,” were inspired not by bigger macro issues but those most deeply personal to Ackamoor himself, written after a breakup and tapping into the vulnerability of those feelings of heartbreak. There’s a softness and melancholy here, but more than anything there’s a soulful beauty, one of humanity and understanding.

It’s not that Shaman! isn’t without its moments of social commentary, but they often take the form of a more personal kind of hurt. “When Will I See You Again?” touches upon the toll of mass shootings in America, but it’s ultimately more a ballad of grieving than of a broader kind of social critique. Much like Marvin Gaye’s What’s Going On, it’s a beautiful moment struck with a kind of helpless sadness. That sense of loss and grief carries through much of the album, like on “Theme for Cecil,” an elegy for free-jazz legend Cecil Taylor, who died in 2018. Yet where there is melancholy there is also momentum, where there is contemplation there is also groove. Shaman! is an album that finds celebration amid the sadness, an honest exploration of the soul and the self that also seeks to transcend. 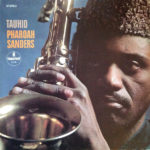 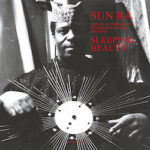 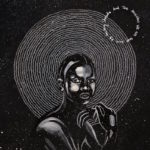 Shabaka and the Ancestors – We Are Sent Here by History