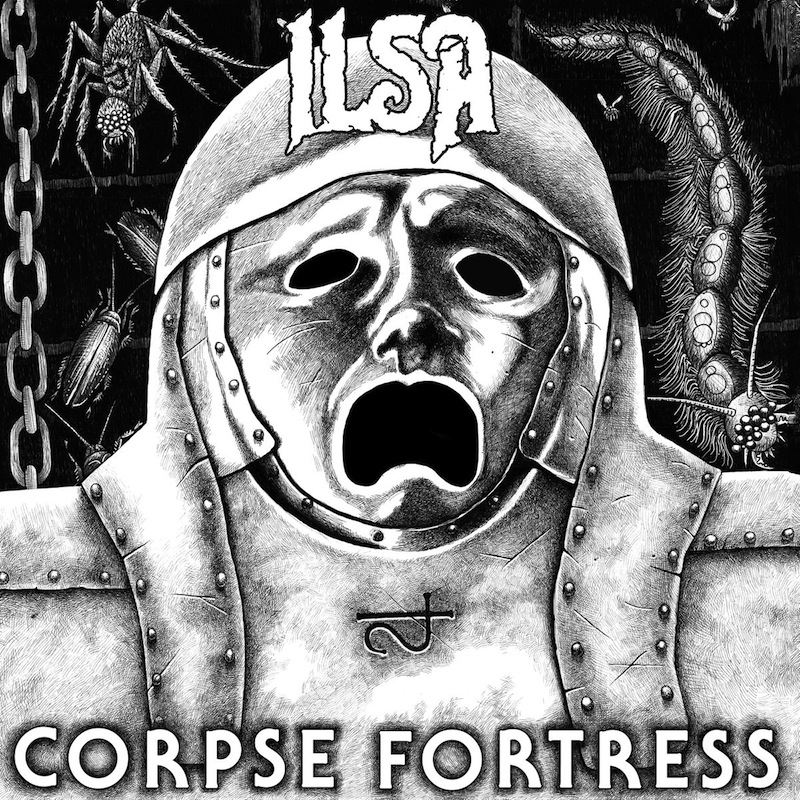 Ilsa refuses to hold back. The Washington, D.C. band have been around for a decade, fifth full-length Corpse Fortress being their Relapse debut, and they continue to hammer skulls in with the sheer density of their blown-out sludge. It’s dirty and squealing with feedback. Though unlike some of sludge metal’s molasses-speed pioneers, they’re not ones to hesitate bursting into a gallop, as they do in “No Funeral,” which has a chugged rumble, and whose vocals are phrased in a way that that give the coarse scathing shouts almost more of a melodic sensibility.

When it comes to lyrics there is often a big to do about Ilsa being into horror movies, but thematically it comes across as being written from the perspective of a slasher than literally being about Leatherface or Norman Bates. Then they shift back into more of a low-end pounding that owes more to doom when it comes to the ominous rumble of “Cosmos Antinomos,” and as it progresses the momentum continues to build. The flatulent bass cuts through the din at times, but it generally hits as one frequency.

The vocals take on an angrier hardcore howl to aptly serve “Prosecutor,” while “Old Maid” is driven by more of a punk energy. And the verse riffs to “Long Lost Friend” have the vintage thrash edge of old Slayer. It retains a distorted density that is only broken up by a well-placed guitar solo. The thick slabs of fuzz keep on coming on “Rukenfigur.” Vocalist Orion shouts out in a rough bark with punk intent behind it, and when the bass comes in at the three-minute mark it’s highly effective. This song provides the perfect summary of the band, as they have matured as songwriters despite being fairly straightforward in their approach. Rarely on this album do they throw any sonic curve balls, obviously very secure in their identity as a band and continue to solidify it.

Ilsa drag the listener back down into more dismal and miserable doom with the sluggish chords of “Polly Vaughn,” with vocals that are more like nasty rantings. Yet the album closes with “Drums of the Dark Gods,” as their lead screamer yells out about the jaws of leviathan over lingering chords sans percussion, though the drums do eventually kick in just as the suspense becomes almost too much to bear. Corpse Fortress is an album that reveals itself over repeated listens, dark enough to appease the demons in the back of my mind. It’s a strong new chapter from a metal band with punk roots that dishes out dirty sludge with just the right amount of ominous atmosphere. 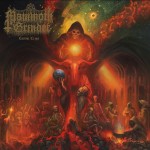 Graves At Sea – The Curse That Is 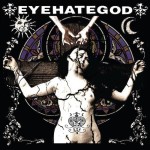