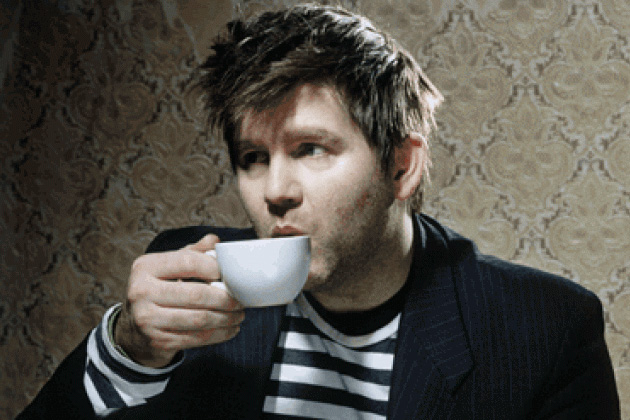 Back in 2012, if you can remember that far back, LCD Soundystem’s James Murphy told Pitchfork that he was planning on releasing his own signature coffee. Because that’s what you do when you retire, apparently — you don’t release a follow-up to This Is Happening, you start roasting some artisan blends. Now, BrooklynVegan reports that “House of Good,” Murphy’s coffee collaboration with Blue Bottle, is now available. We’re extremely disappointed that it’s not called Taste of Silver.

House of Good, it turns out, is also the name of the shop that Murphy plans to open up in Brooklyn. As for the coffee, it’s a “syrupy, well-balanced and thoroughly accessible” espresso. Or if you prefer, here’s Blue Bottle’s more detailed description: Its flavor profile – dried cherry, cocoa, meyer lemon – is a harmony between the voluptuous and the austere: It’s akin to the second movement of Carl Nielsen’s Symphony No. 3 – or, perhaps, to that buzzing, syncopated synth line from “Dance Yrself Clean.” Depends on which James you ask.

It apparently sells for about $26 a bag, so these beans aren’t cheap, but you can try it now at Blue Bottle’s Boerum Hill location in Brooklyn.