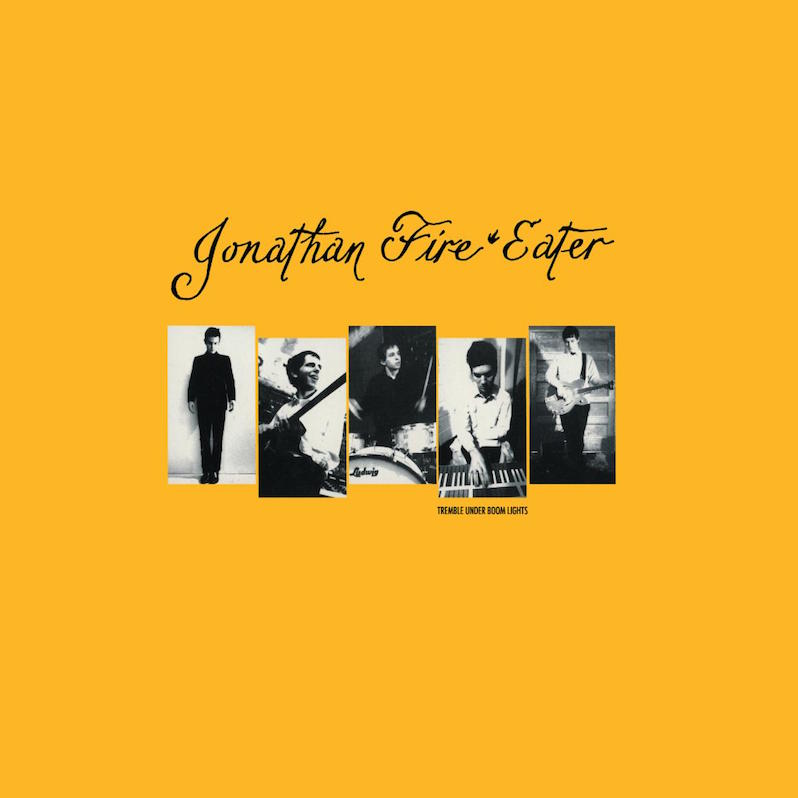 Jonathan Fire*Eater, the short-lived New York band fronted by late singer Stuart Lupton and three-fifths of whom would later form The Walkmen, are reissuing their debut EP, Tremble Under Boom Lights. Originally released in 1996, the set is being newly released via Third Man, with five bonus tracks—the three songs featured on their first three-song EP, plus the Lee Hazlewood cover “The City Never Sleeps,” and the previously unreleased “In the Head.”

Third Man is also including a chapbook featuring poetry by Lupton, who died last year at age 43. Third Man has shared a stream of the leadoff track, “The Search for Cherry Red,” which you can check out below. The release is out October 18. More info can be found here.

Jonathan Fire*Eater released their self-titled debut in 1995, followed by their major label debut, the Dreamworks-released Wolf Songs For Lambs, in 1997. The band broke up one year later and guitarist Paul Maroon, organist Walter Martin and drummer Matt Barrick formed The Walkmen with singer Hamilton Leithauser and bassist Peter Bauer.