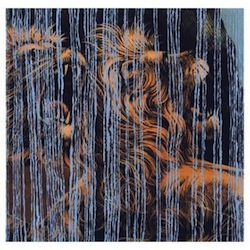 Julian Lynch is a well-educated and well-respected man in Madison, Wis., where he’s going for his Master’s in ethnomusicology. There will always be an audience for his work there and among colleagues and friends where professional paths intersect, and I can’t imagine him going too long without a release. But Lynch’s popularity at large may have already peaked with 2010’s Mare. That debut LP opened with the teasing, seemingly spiteful electronic humming representative of the chillwave fad of that time, but when you expect the beat to drop and the synths to wash over you, Lynch unveiled a technicolor world of nostalgia — that is, old sounds appropriated through masterful layering and mixing with just enough melody to carry listeners through. But sadly, the novelty of the ideas created with such a singular, authentic verve tends to wear off quickly if accessibility is not a consistent byproduct.

With such a study of music providing the setting for his career as an artist, it’s no surprise his trajectory has him heading toward even more heady, cerebral listens. To contrast Mare, Lines opens with a chorus of woodwinds that come together and dismantle in a style that defines Lynch’s compositional calling card: layering that’s very intricately disheveled. At different points, the sound Lynch delivers prompts comparisons to Brian Eno, Dan Deacon, even Deerhoof or the eccentric and woodsy Maps & Atlases — yet he never sounds like an imitation. Still, aside from more ambitious production values (e.g. full orchestration) and a few flashes of mature songwriting, Lines fits the same mold as Mare and Terra, Lynch’s full-length release from 2011.

The closest he comes to establishing a new potential is on the title track, “Lines,” which sneaks up on you with a repetitive acoustic riff and droning vocals before opening up into a gorgeous collage about a minute and a half in. It’s a sublime moment akin to the experience of listening to the intro of that opening track from Mare. Here, Lynch has more patience and the build-up throughout the track is incredibly well-balanced — so consistent that by the end, a surprise would be nice, something to keep listeners on their toes. Still though, his ear for melody and singular presentation will always deserve an audience, which is never more clear than on the last track of the album, “Shadow.” A slow-paced piece that takes the same descending chord progression and uses it as a core, repeated throughout, on which he builds a slowly fading landscape, bringing about simultaneous sentiments of longing and patience as different elements enter and exit the piece.

That singular presentation strikes me as the type of thing someone who enjoys the conversations that take place within an improvisational jazz number should like. In most of his pieces, there’s a higher level of interplay between and among instruments and elements, masked by the intricate dishevelment. That’s not to say all of the elements or instruments are created equally. There are moments — the guitar on “Charles Kelleyi I,” the rather abrasive and rigid “Onions” — that jar one loose from the quest to pick apart his compositions. And yes, ultimately, his scope hasn’t grown an immense amount since Mare. As a fan, I would claim that this is more a testament to his precocious start than due to any lack of growth or creativity, but either way, until he’s able to transcend his impressive creative output of the last three years, he won’t be making any big splashes. But based on his music, I don’t take him to be the type of guy out to make big splashes anyhow.