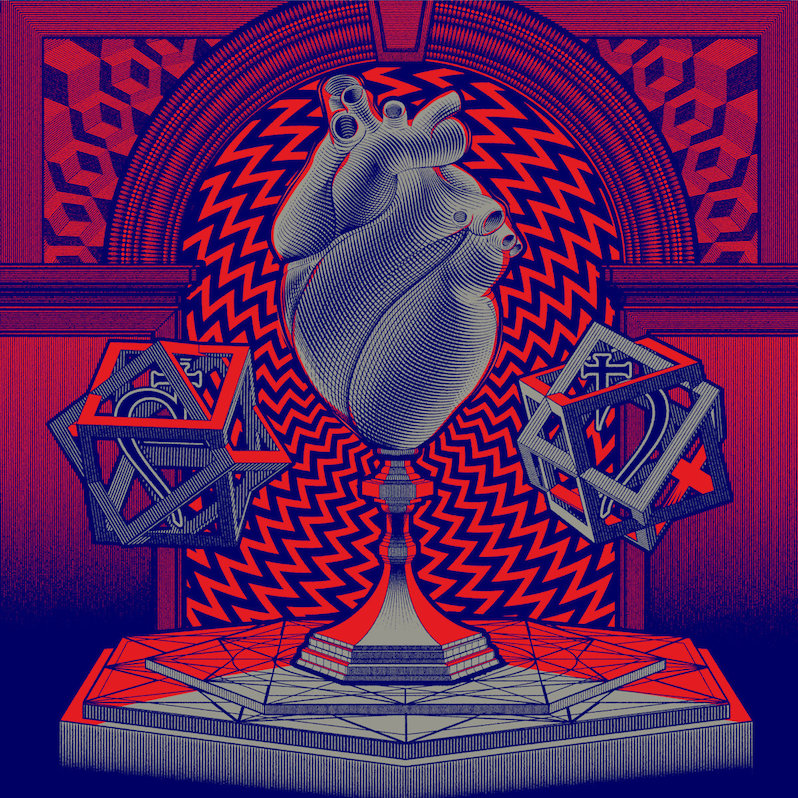 Kaleikr present an interesting sonic profile on their debut album, Heart of Lead. They’ve been billed largely as a black metal band, and while elements of that sound are certainly present in the sonic profile, they don’t take up enough real estate for the designation to feel like it fits properly. Likewise, the most immediate genre designation that comes to mind when hearing them, based on the deep growls and low-tuned mid-paced riffing, would be progressive death metal, but the songs are relatively scant on odd time signatures, wild shredding solos, or any of the other mainstays of the genre. There are little bits of doom here, and post-metal too, but they too feel more like seasonings in a broader stew than central components.

What results is a deeply satisfying if not wildly original sound. Listeners will feel at home with Kaleikr if they are familiar with the works of mid-period Opeth or late-period Enslaved, both groups finding similar mixtures of progressive music, death metal, black metal, and touches of doom and post-metal as garnish. What elevates Kaleikr’s record to one of the best metal records of the first quarter of 2019 is its aesthetic sensibilities which lend it an emotional charm that other extreme metal records can sometimes lack.

It seems strange to comment on the cover of a record, but those images are often our first blush with an album and equally as often they set the emotional stage, whether that be a subconscious framing of the emotional content of the album or a deliberate choice between juxtaposition and fitting genre tropes. The bold blues and reds of Heart of Lead and the firm but beautiful geometric patterns feels a fitting counterpoint to the songs within; a chaliced, leaden heart a perfect imagistic representation of the emotional material of the songs. Likewise these touches help subtly shift the perceived goals of the record from efforts of blood-soaked brutality to more bathyspheric heaviness, not unlike The Ocean Collective’s work over the past decade or so.

What emerges then is a sense that Kaleikr are not heavy for precisely the same reasons as many other bands in the game. They aren’t attempting to out-extreme anyone, as fun as that can be, and they aren’t precisely obsessed with being grim or political either. It’s cathartic music, music that uses heaviness to engage and navigate internal spaces; the abstract but clearly emotionally-oriented aestheticism of the group (it’s got a goddamn heart on the cover for crying out loud!, not to mention the occult symbolism of the chalice) lends credence to this perception in the songs. Likewise, the material is scant on a release of tension precisely because it doesn’t intend for one. The concern of the album is largely in a more meditative perception of our own distress and discomfort, an allowance for those psychological disruptions that are felt in subtle and subconscious ways rather than explicit or easily named ones.

It is easy for metal bands who are largely preoccupied with metaphysical or psychological concerns to get lost in the sauce, ungrounding themselves so thoroughly that the music no longer feels moody or emotionally engaged anymore. Kaleikr deftly avoid this, bending their post-prog death metal just enough song by song to stay within the same heartscape without feeling like they are either too ephemeral or too samey. This is remarkable partly because the record by and large does not shift its sonic textures or emotional aim. There are no interludes, no sonic detours, and no breaks; the shortest track is four minutes, but they largely hover between 6 and 7 minutes. This is no surprise; the members come from a now-defunct Icelandic black metal band called Draugsol where they cut their songwriting chops, and the added musical and genre elements in Kaleikr largely function to add the kind of interest, difference and tension that they at times struggled to find in Draugsol’s material.

Heart of Lead is a well-crafted record by studied songwriters who know metal well enough to play its various colors but also know their artistic and aesthetic aims well enough to choose well which elements get played where. The record isn’t particularly ambitious, but only because it knows precisely what it is and how to best achieve that goal, and it nails these details to a degree so fine as to demand to be lauded. Ambition is good, certainly, but nailing it is better, and absolutely nailing your goal when your sonic and aesthetic references are this wide are a form of horizontal if not lofty vertical ambition anyway. Kaleikr deliver a stunning progressive extreme metal record and set a high bar for 2019. 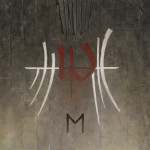