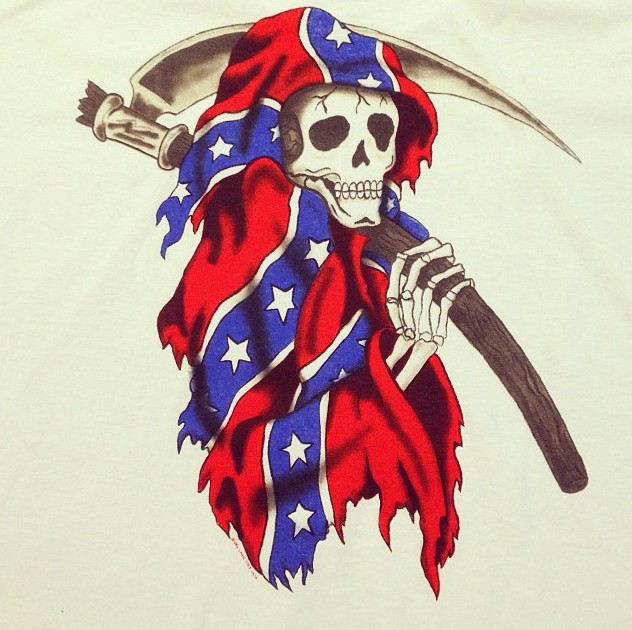 Kanye West canceled the second date of his Yeezus tour, so thus far, not too many fans have been able to experience the weird, sensory experience which includes, among other things, a Jesus impersonator. But even weirder is the tour merchandise. Complex reports that the shirts for sale on Yeezy’s current tour features a series of skeletons (not that controversial) and the word Yeezus in Metallica font (still not that controversial). But it gets better: Several of the designs incorporate the Confederate flag (!), while another depicts a skeleton wearing a Native American headdress above the words “God Wants You.”

Okay, then. Genius? Visionary? Or troll? You decide. Shirts are $35, by the way.