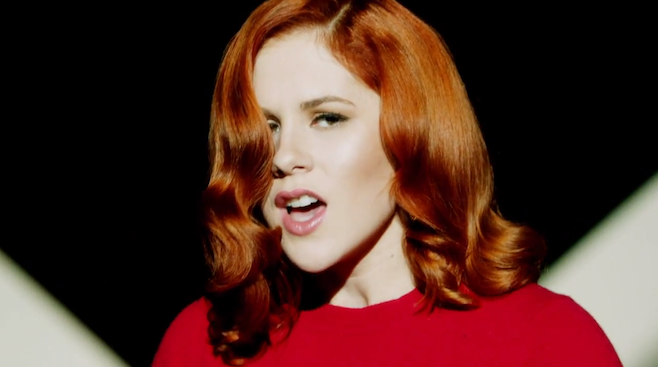 Katy B recently released the details for her new album Little Red, which follows her outstanding 2011 debut On a Mission. In advance of the album’s Feb. 3 release, however, the UK pop artist has unveiled the video clip for new single “Crying For No Reason.” She’s already revealed several singles and a handful of videos at that, but this latest video depicts the singer performing the song on a dark, albeit fashionably cool arena-like stage set. It’s got some cool visuals, and a great tune at that. Watch it below.