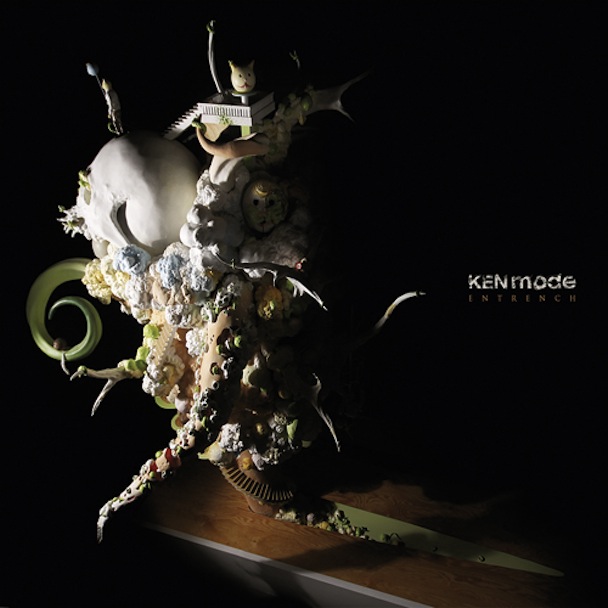 It’s taken a little while for non-Canadian bruisers to get hip to the kind of stomach-churning sludge/post-hardcore that Winnipeg’s KEN Mode have been hammering out for years, though a Juno Award for their 2011 album Venerable certainly doesn’t hurt. Yet based on “The Terror Pulse,” the newly released track from upcoming album Entrench, the trio has a lot more menace to unload.

A rattle of drums, a discordant shard of guitar, and a fierce low-end pulse — perhaps the one referenced in the title — drive “The Terror Pulse” toward its gradually escalating and increasingly harsh climax. A solid 1:08 passes before vocalist Jesse Matthewson even opens his mouth. That kind of build, in some cases, can denote a soaring climax to come. In this case it’s a slow build of tension before an unhinged eruption of violence. Matthewson screams “THIS… IS… A WRECK!” And if that’s the case, it’s an immaculately constructed and gloriously brutal one.

[found on Entrench, Season of Mist; out March 19]