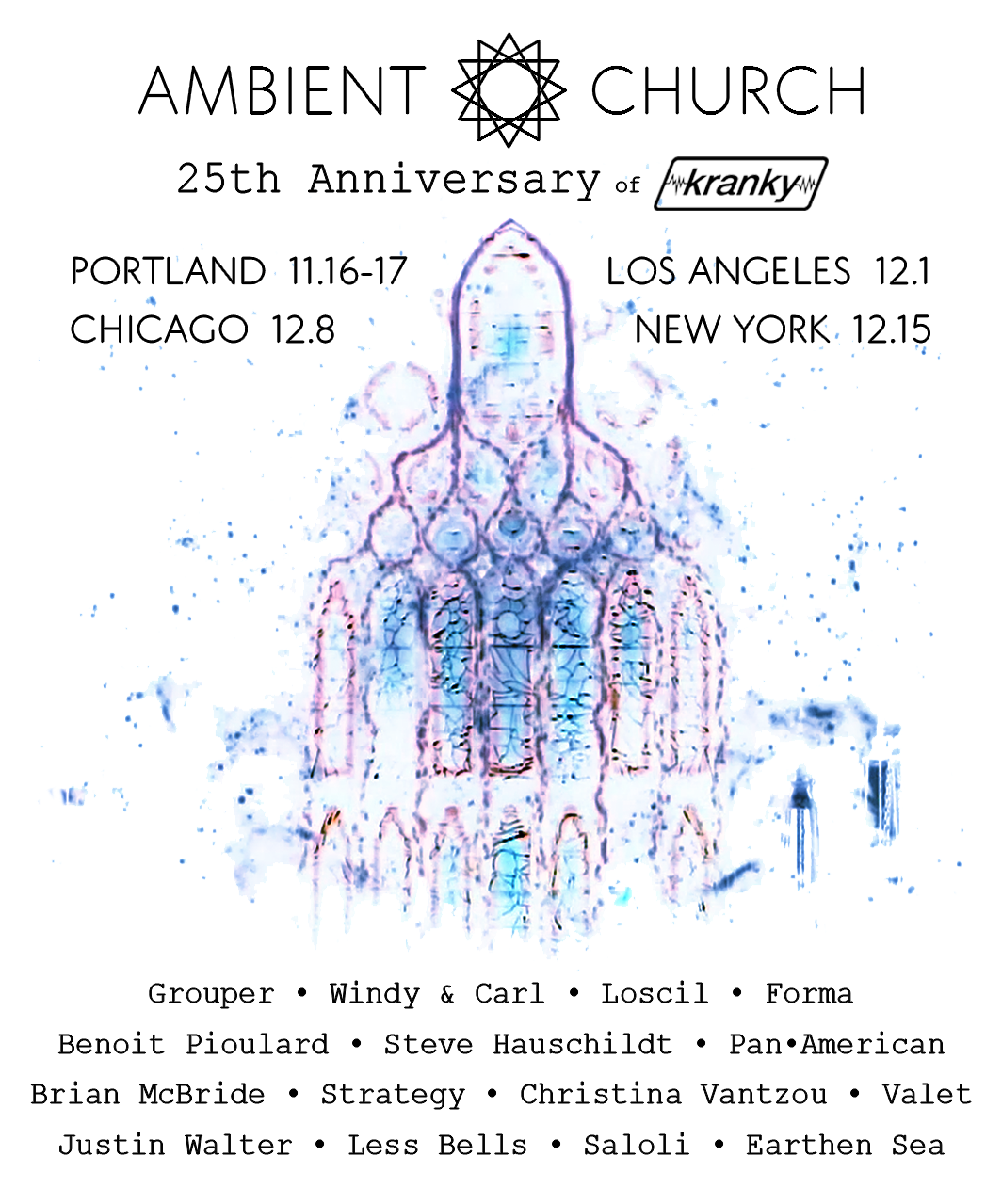 Kranky Records is turning 25, and to coincide with the experimental label’s quarter-century anniversary, it’s partnering with Ambient Church to put on a series of showcases featuring its artists in churches in Portland, Chicago, New York and Los Angeles. In December, the label’s holding five anniversary shows with Grouper, Loscil, Benoit Pioulard, Windy & Carl, Steve Hauschildt, Strategy, Christina Vantzou and more. Take a look at the full schedule below, and find out more information, as well as ticket info, at the Ambient Church website.