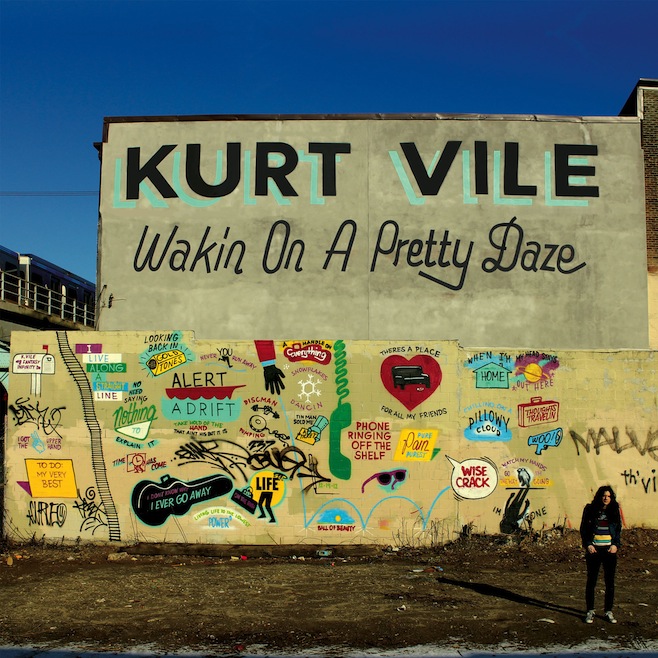 Though the timing was likely coincidental, within hours of Justin Timberlake debuting his eight-minute new track “Mirrors,” Philadelphia singer-songwriter Kurt Vile did him a whole minute and 24 seconds better. On Vile’s last album, 2011’s Smoke Ring For My Halo, no song approached such gargantuan lengths — not even close. Still, “Wakin on a Pretty Day,” the leadoff track from the similarly titled Wakin on a Pretty Daze, doesn’t feel all that long. It’s breezy and easy, carrying the carefree vibe that characterized most of the best tracks from Smoke Ring, not to mention beautiful in its own folky, classic rock way.

True to the song’s title, “Wakin on a Pretty Day” has the sort of ethereal melody suited for doing nothing in particular, maybe laying in a patch of grass and looking up at the sky, looking for shapes in the clouds. But if you’re looking for standout moments, quite a few of them crop up during its 9 minutes: the mesmerizing riffs at 5:30, the zen-like “yeah, yeah” chorus, the solo at the end. It’s an epic, but it never postures as such. This is just gorgeous, feel-good songwriting that gets every note right.

[found on Wakin on a Pretty Daze, Matador; out April 9 (Pre-order)]

Kurt Vile : Bottle It In