It is easy to forget for those of us not from Australia or New Zealand that 2020 has not only contained the global ravages of COVID-19 and the growing conflicts between anti-racist activists and increasingly militarized police but also a brutal and apocalyptic set of brushfires that seemed to engulf that oceanic sub-continent for months. This year has been hard for all of us, certainly, but for those caught near those fires, lost neighbors and communities to them or even just watched the black smoke billow like a cruel disfiguring blanket over the sky and the earth, this has been a particularly doom-filled and evil year. Laurence Pike, a solo percussionist and sampler from Australia whose mode of play typically consists of improvised percussive embroidery over spacious composed beds of samples and synthesizers and the like, created Prophecy as a response to these conditions, finalized by late March, before COVID and the anti-racist rallies, only to be released (fortuitously or not) in the midst of them.

The material here, despite these inspirations, skews more impressionistic to the point of almost being dissociative. A first reaction on reading the inspiring material behind the record, after gazing at the broad yellows of its covers like a scorching fire inches from your face, is to assume that these compositions would be frantic, harried, heavy. This isn’t the case. Instead, samples drift like ghosts, half-heard fragments, the sounds of the earth and the wind and the world, while the percussion functions in an almost human way, Pike’s gentle and pointillist improvisations feeling like a dialogue in response to what he is witnessing. In fact, barring certain track titles like “Nero” and “Ember,” titles indicative of a great and violent, evil and imperious burning, it’s plausible to imagine someone maneuvering this entire set without strongly associating it with those disfiguring fires that so brutalized Australia earlier this year. The music is oddly hopeful, managing to be serene in its meditative aspects even as it’s scoring an event that feels utterly destructive. In fact most of these pieces often read as deeply agnostic to the chaos that surrounds them, fixating more on human figures and shifts in the structure and superstructure of nature in a dispassionate documentarian’s camera eye.

That sense of dissociative response to the apocalyptic nightmare of the world is captured and explained well by an aside from Pike regarding the making of the album: “[S]tepping into my garden to be greeted by a dark pink sun against a brown sky, and ash gently raining on me.” This image pairs with the cover of the record, which seems to hide among its plumes of yellow a shamed figure turning their back and hanging their head in shame, ash clinging like a distant cloud in the top right corner, as an explanatory epigraph for the mood and texture of Prophecy. The serenity of the pieces seems to arise from a psychic vantage point not removed from the terror and confusion of apocalypse but immersed fully within it, embedded in its very center, like emerging from your door into the eye of a hurricane to see the whirling walls like mysterious impossible barriers surrounding you. Armed with that aside from the artist, the mood of these pieces suddenly makes sense. We fixate and have fixated during this strange period on the darkness of rising fascism, the intense and scalding anger at watching racist genocidal executions by police, the corrosive powerlessness and existential diminution in the face of a global pandemic and an obstinately awful response. Pike touches on something else, though, something that lingers in all of us: strangeness.

Prophecy is gentle and meditative, cocking its head with curiosity at the unfolding fires and choking clouds of dust and ash, because Pike allows these songs to live within that raw wonder. It is not unlike the dissociative moment of grief in the first few hours after hearing of a loved one’s passing, the primal shock of turning on the television to see smoke pouring out of the wounded ribs of the World Trade Center. These are not songs about trying to make sense of things; they are songs of simple and immediate experience, unfiltered by either time or cognition. There is a sublime beauty and wonder that emerges from them in the wake of that, Pike allowing these visions of apocalypse outside his window to be fertilities and possibilities rather than purely losses. In another context, one in which the broader cultural image of the past year was less aware of everything that’s at risk and everything we have lost, this might feel crass and tone deaf. However, in the wake of a world where we are perhaps terminally obsessed with the coming costs (not just of 2020, but of climate change, climate death, the greater force behind both global pandemics and raging wildfires and an accelerant to global fascism), Prophecy feels both calming and eerie at once. Calming because it is hard to deny its thesis; as structures and systems collapse, we are left voids that can be filled with the foundations for a better world. Eerie because we know what has happened since, can guess what is to come. There is a surreal and unearthly power here, cloaked in yellow. 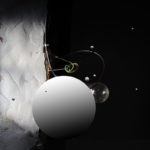 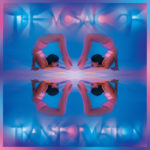 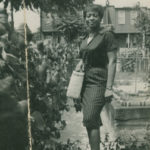