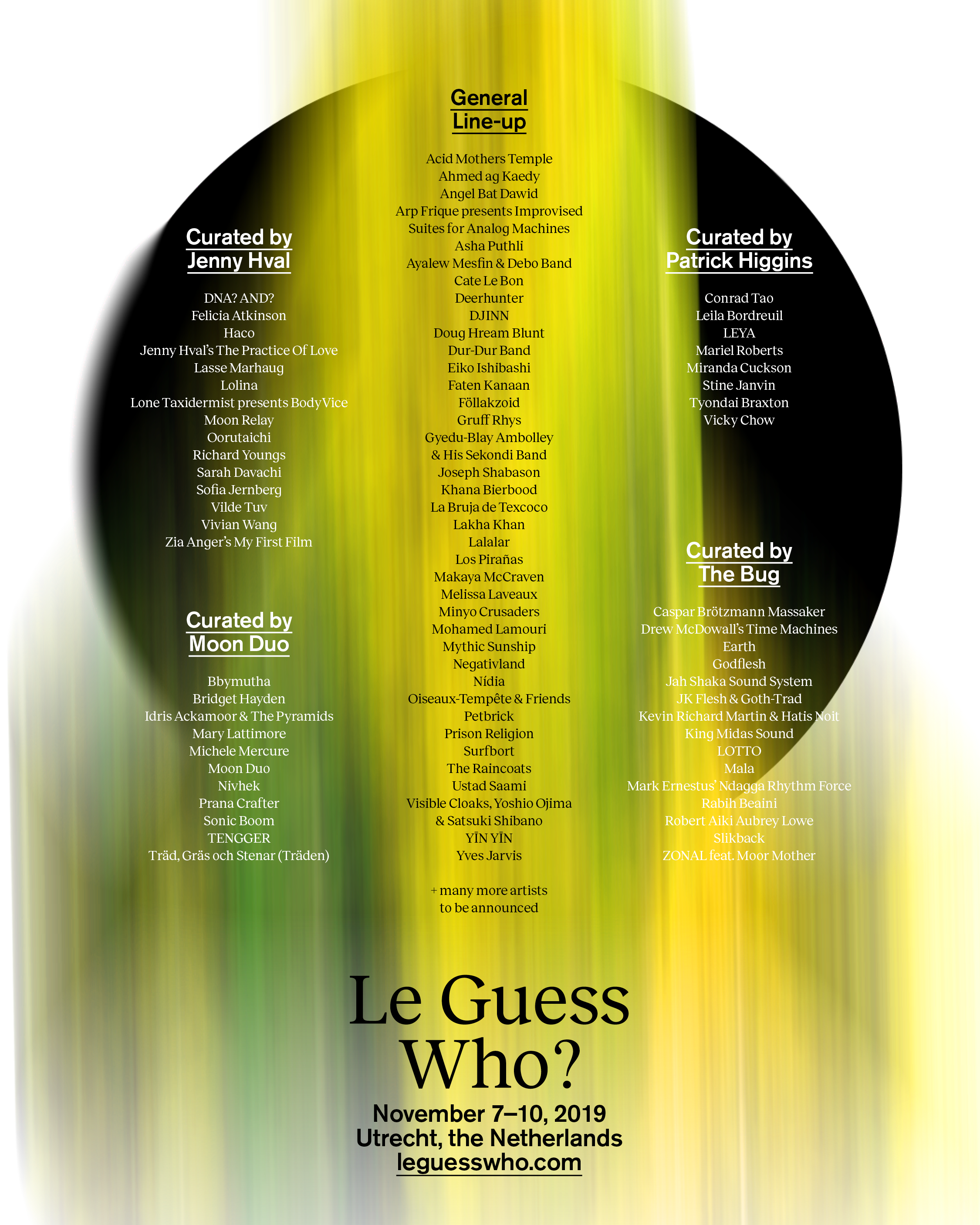 Le Guess Who? takes place in Utrecht, Netherlands this year on November 7-10, and the festival has just announced its lineup. This year, curators of special programs include The Bug, Jenny Hval, Moon Duo and Patrick Higgins. And the first round of artists announced for the general lineup will include performances from Deerhunter, The Raincoats, Makaya McCraven, Godflesh, Idris Ackamoor and the Pyramids, Gruff Rhys, Acid Mothers Temple, Mary Lattimore, Nivhek (a.k.a. Liz Haris of Grouper), Earth, Cate LeBon, Tyondai Braxton, Richard Youngs, Negativland, Casper Brötzmann Massaker, Drew McDowall’s Time Machines, Angel Bat Dawid, DJINN, Mythic Sunship and more. Artists from all over the world will be headed to the festival to perform, and more will be announced in the coming months.