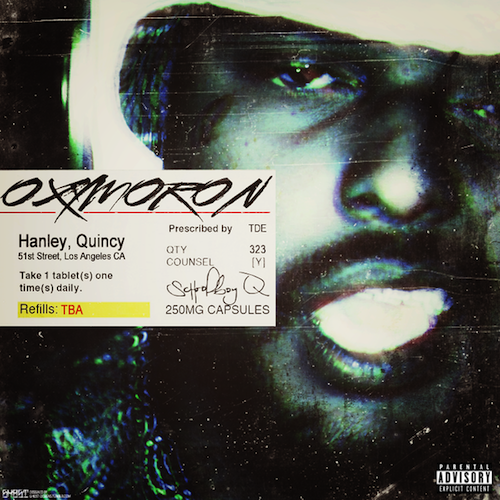 On Tuesday, Feb. 25, Los Angeles emcee Schoolboy Q — who’s also part of the Black Hippy collective that includes Kendrick Lamar, Ab-Soul and Jay Rock, among others — releases his new album, Oxymoron, via Top Dawg Entertainment. But with just a few days to go before the album’s street date, you can preview the full album, courtesy of iTunes Radio. The album features guest appearances from Kendrick Lamar, Tyler the Creator, Raekwon, 2 Chainz, Jay Rock and others, and includes the previously released singles “Collard Greens,” “Man of the Year” and “Break The Bank.”